Facebook users most likely to visit multiple times a day

The chart below examines usage frequency on the top 5 social platforms (you can find more detail in our new GWI Social report, a free summary of which is available here).

Outside of China, Facebook can claim the most frequent engagement rates: more than half (54%) of its active users are logging in more than once a day – a figure which puts it 20 percentage points ahead of second-placed Twitter. And, significantly, if we re-base this to be among the total online population, it is some 25% of internet users aged 16-64 who are logging on to Facebook multiple times each day.

That more than half of Facebook’s active audience is connecting so frequently is a testament to how ingrained it has become within daily lives, but also of the ongoing migration of social networking behaviors from PC/laptop to mobile platforms; the nature of smartphone internet usage means that many users are checking in multiple times a day, albeit for relatively short periods.

By region, it is users in LatAm who are ahead for this behavior; by country, users in Malaysia, the Philippines and Mexico are the most engaged – giving yet more evidence of the pronounced levels of enthusiasm for social networking which are typically found in fast-growth markets. 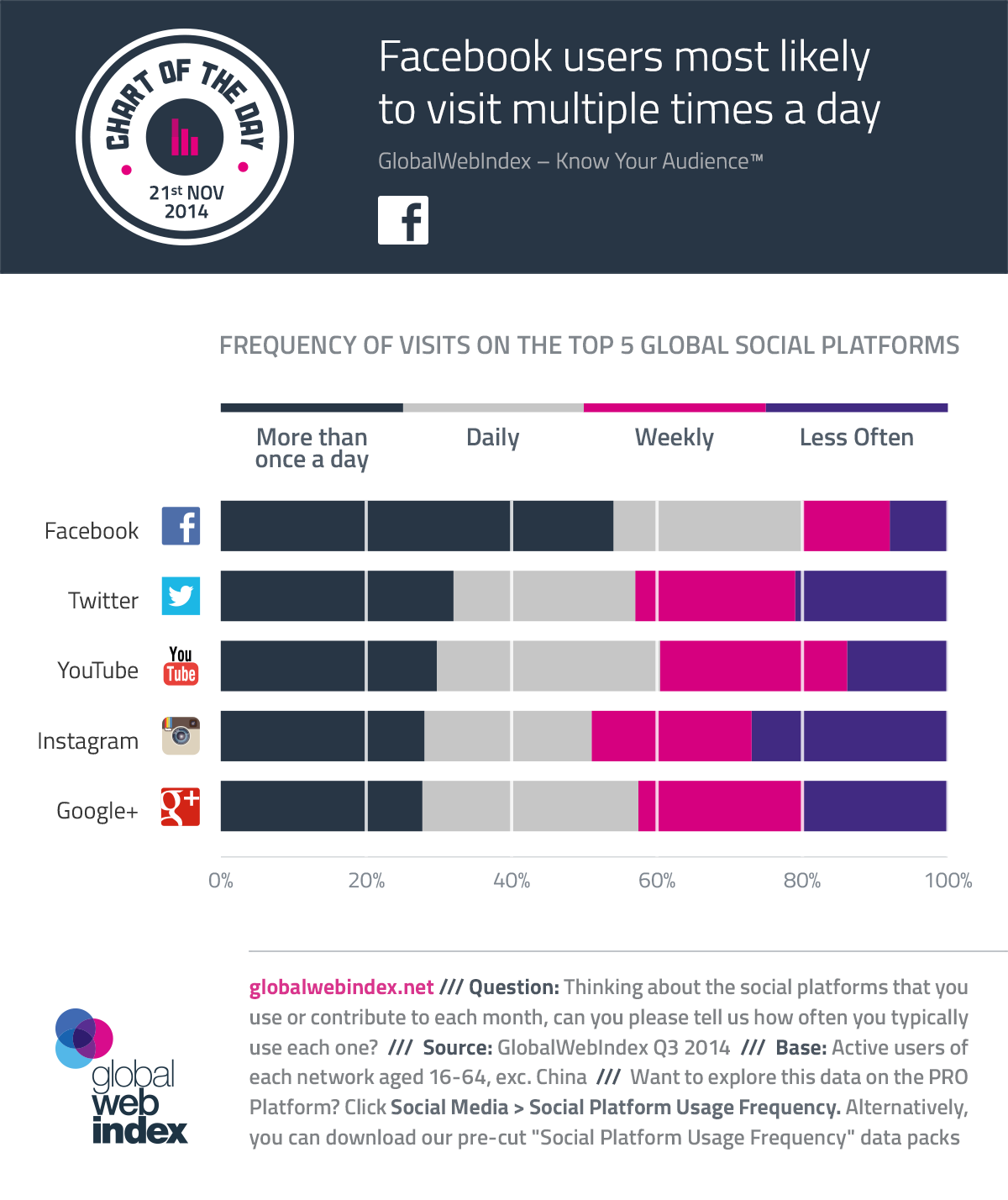