The ongoing discussion around the social ‘context collapse’ has brought to light some key trends in social behaviors – and as our new Passive Networking report highlights, one of the most important aspects to this has been the migration of sharing from social networks to messaging apps.

Today’s Chart shows just one example of this development; online adults who are using both Facebook and WhatsApp are much more likely to be sharing photos via their messaging app, rather than on Facebook proper. Each month, 75% of this group send photos via WhatsApp but only half are uploading pictures to Facebook.

It’s clear that these users, who now have the choice of platforms to share their photos, favor the controlled audiences offered by their messaging apps. 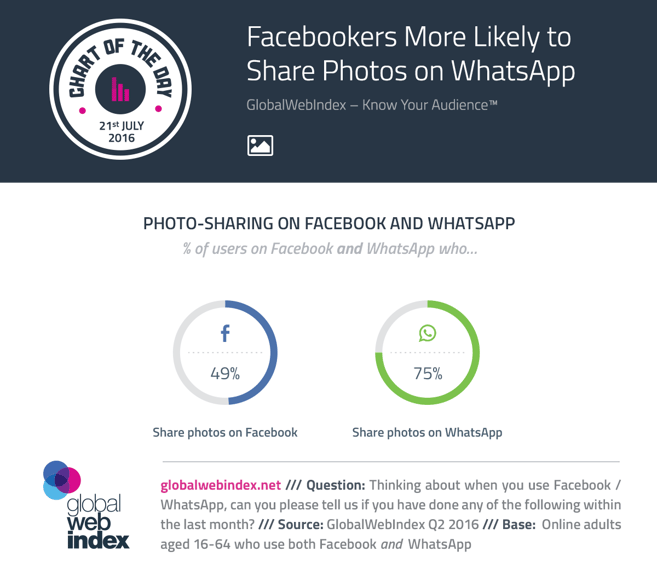