Facebookers Most Likely to Log in Multiple Times Each Day

While Facebook has long been the dominant name within social networking in terms of both membership and active usage, it scores a further victory over its key rivals when we look at usage frequency among MAUs (monthly active users).

Over 80% of Facebookers are logging in to the network at least once a day, with half of its active users checking the platform even more frequently. Compare this to competitors like Twitter and Instagram, where about 30% of users are logging in daily, and the difference in engagement is clear to see.

The gaps become bigger still when we turn to some of the smaller networks like Tumblr and Pinterest; here, it’s just 10-20% who are checking in more than once a day. So, it’s not just that Facebook has the biggest audience. It’s also that it retains the most engaged one. 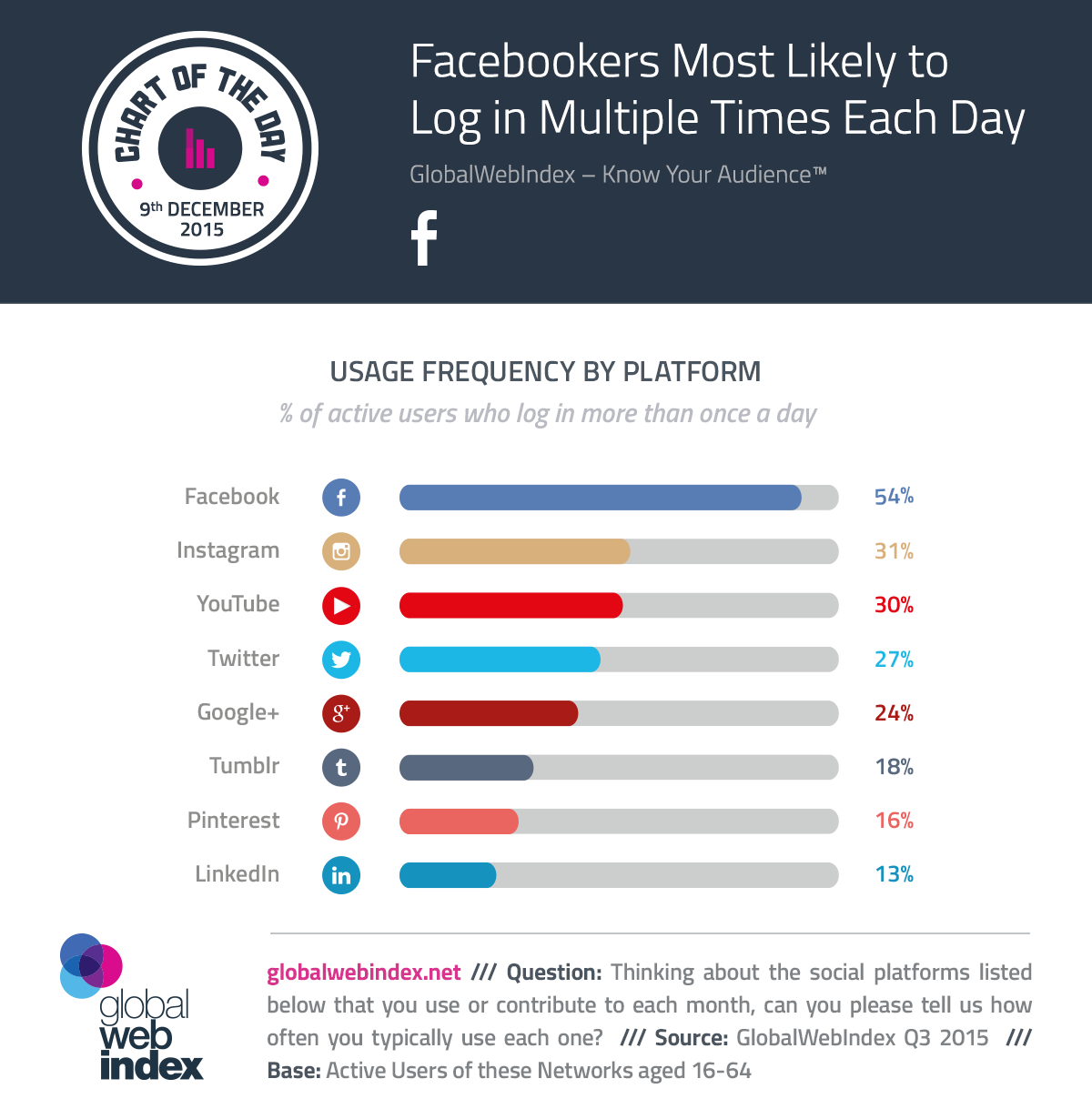