One of the most interesting trends in our new Digital vs. Traditional Media Consumption report is the rise of the mobile web usage. While it’s a pattern we’re seeing in virtually all markets and segments, it’s one which is especially pronounced in fast-growth markets and among younger age groups.

Breaking this down on a country-by-country basis shows that fast-growth markets are in the lead, with APAC in particular forging ahead. So, Thai internet users are now accessing the mobile web for an average of 3.94 hours per day, with Malaysian and Indonesian users following closely behind on 3.62 and 3.48 hours respectively.  To put this in perspective, their counterparts in mature markets are connecting for much shorter periods of time; in the UK, for example, digital consumers are accessing the mobile web for an average of just 1.54 hours.

Looking at 16-24s in each market is vitally important here, though. Compare all internet users in a country to 16-24s in isolation and there are relatively small differences in most fast-growth nations (where internet penetration is typically low, and hence online populations are skewed towards young demographics). In Mexico, for example, 88% of those aged 16-24 accessed the internet using a mobile phone, compared to 85% among all online users. In contrast, mobile web usage among the whole US internet population stands at 1.85 hours; among 16-24s only, that figure rockets to 3.32 hours. That’s crucial to keep in mind when comparing countries: often, the nature of their online populations can be quite different. 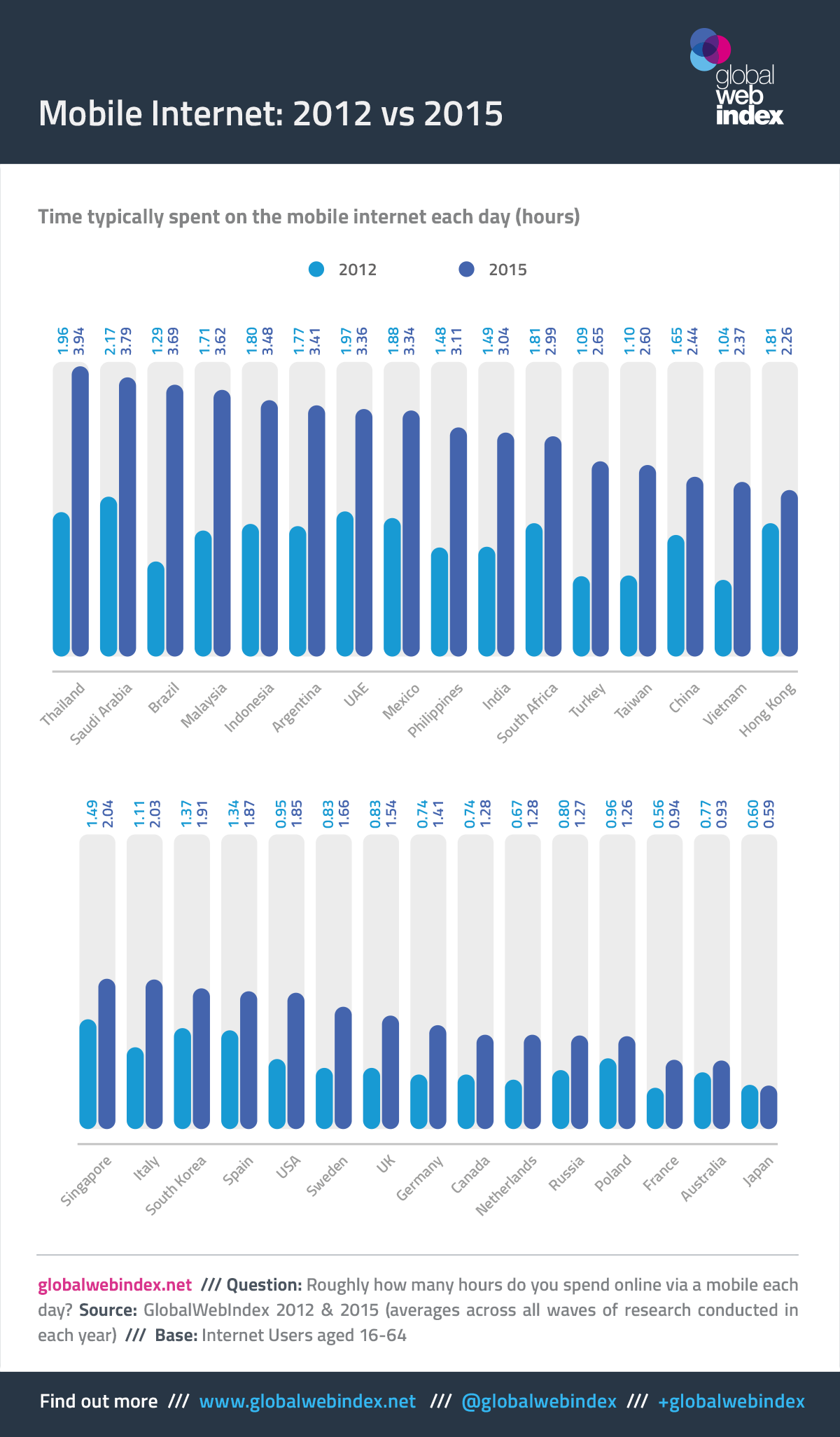