It’s been three years since Apple released the Apple Watch, signaling their interest in the world of wearables and fitness tracking tech.

But in today’s instalment of our series on Fitness Fanatics, we can see there has been little growth in the fitness wearables market, even for their core audience. 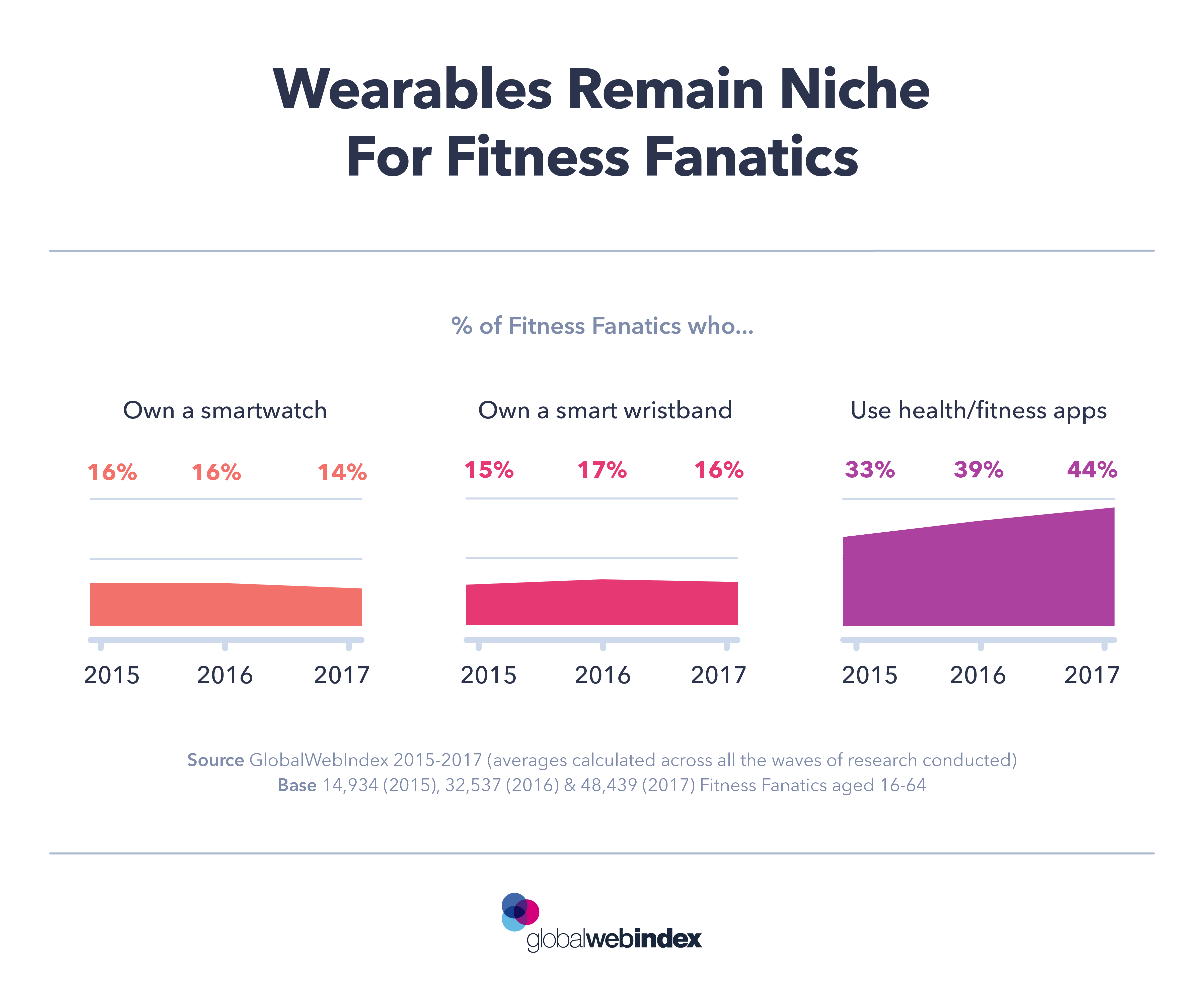 Tracking ownership for smart devices among Fitness Fanatics since 2015 (the year the Apple Watch was launched), we can see figures have remained steady, around the 15% mark, with little growth year-on-year.

Breaking this down by income segment shows the cost of the devices is still having an impact, with ownership figures increasing substantially in higher income brackets.

Against fairly static levels of device ownership, more Fitness Fanatics are using health and fitness apps than ever before.

Devices like smart wristbands and smartwatches are struggling to compete with the power and flexibility of smartphones, as increasing tech engagement among Fitness Fanatics has come through apps more than hardware.

But while they have adopted apps more and more, use of health and fitness apps among the wider online population has remained static, rising by only 2 percentage points since 2015.

There’s clearly still work to do before health and fitness tech penetrates into the mainstream.

*Fitness Fanatics are defined as internet users aged 16-64 who exercise more than 4 times a week and say they have a strong interest in health and fitness.