The Significance of Google Chrome’s Ad-Blocker

Our chart series this week explores ad-blocking as, after having worked closely with publishers for some time now, Google is set to release its ad-blocker on the Chrome web browser tomorrow.

This could be an important industry step towards responsible and non-intrusive online advertising, especially with 44% of internet users saying they use Chrome on their PCs/laptops.

Among these Chrome desktop users, it’s almost half who are already using ad-blockers. Chrome users in APAC and North America are the most likely to be blocking ads on their PCs/laptops, but it’s still around 4 in 10 in every other region doing so too.

That this built-in ad-blocker is designed to be industry-friendly shows how far-reaching this initiative could be. But to convince Chrome’s existing ad-blockers to settle with its inbuilt solution, instead of the more indiscriminate ad-blocking tools, it needs to address concerns of ad-overload, intrusiveness and security. 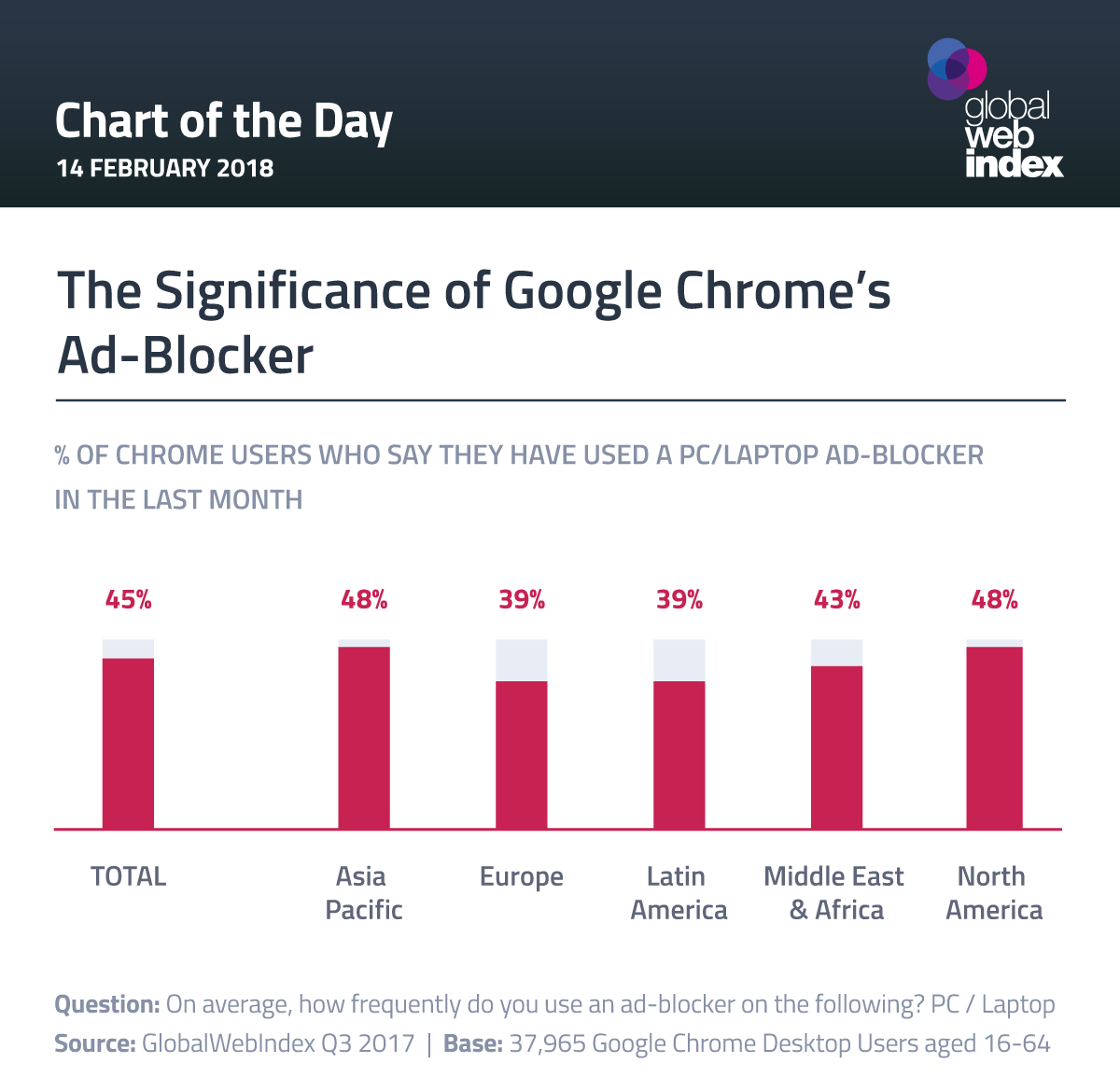 Chrome desktop users are defined as internet users aged 16-64 who say they use Google Chrome on their PCs/laptops.