Google+ Is More Popular Than You Think

As Google+ redefines its image to focus on communities and collections, Thursday’s Chart of the Day looks at why the social network is more popular than you might think.

Despite having stripped back some of its core features recently, 1 in 4 internet users still use the service each month (rising higher in some fast-growth markets). And although some people have accounts because they were required to create them in order to use other services, it’s clear that Google+ still boasts a loyal following.

In a social networking world dominated by Facebook, it’s worth noting that the typical internet user is now active on around 2.8 different networks. And for a decent percentage of online adults, Google+ is one of those networks. 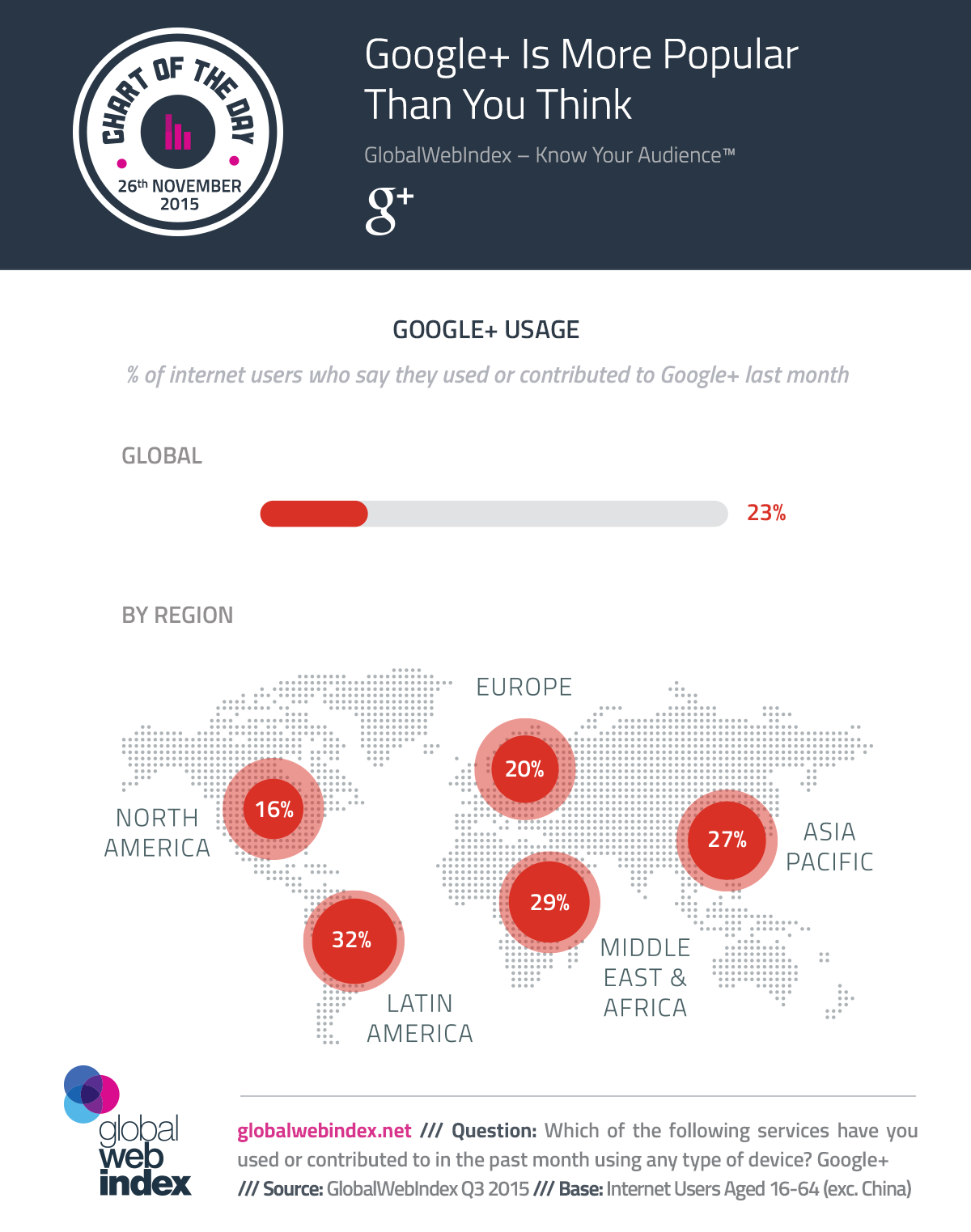