Half in the US now watching Netflix

With Netflix launching this week in Spain, Portugal and Italy, Tuesday’s Chart of the Day looks at the service’s competition in its prime market of the USA, as well as the growth potential for Netflix abroad.

Among America’s online population, Netflix still has a healthy lead over its rivals; a mighty 1 in 2 are watching the service monthly, putting it some distance ahead of names like Hulu (18%) and Amazon Video (17%).

Netflix has also performed well in some other markets – 4 in 10 watch in Mexico, as do close to a third in Canada and Ireland. Netflix will be hoping to replicate this success in its new European markets but Asia will be a different challenge. With plans to launch in South Korea, Hong Kong, Singapore and Taiwan early next year, the service will need to work hard to compete with local OTT services if it wants to make a success of its global ambitions. 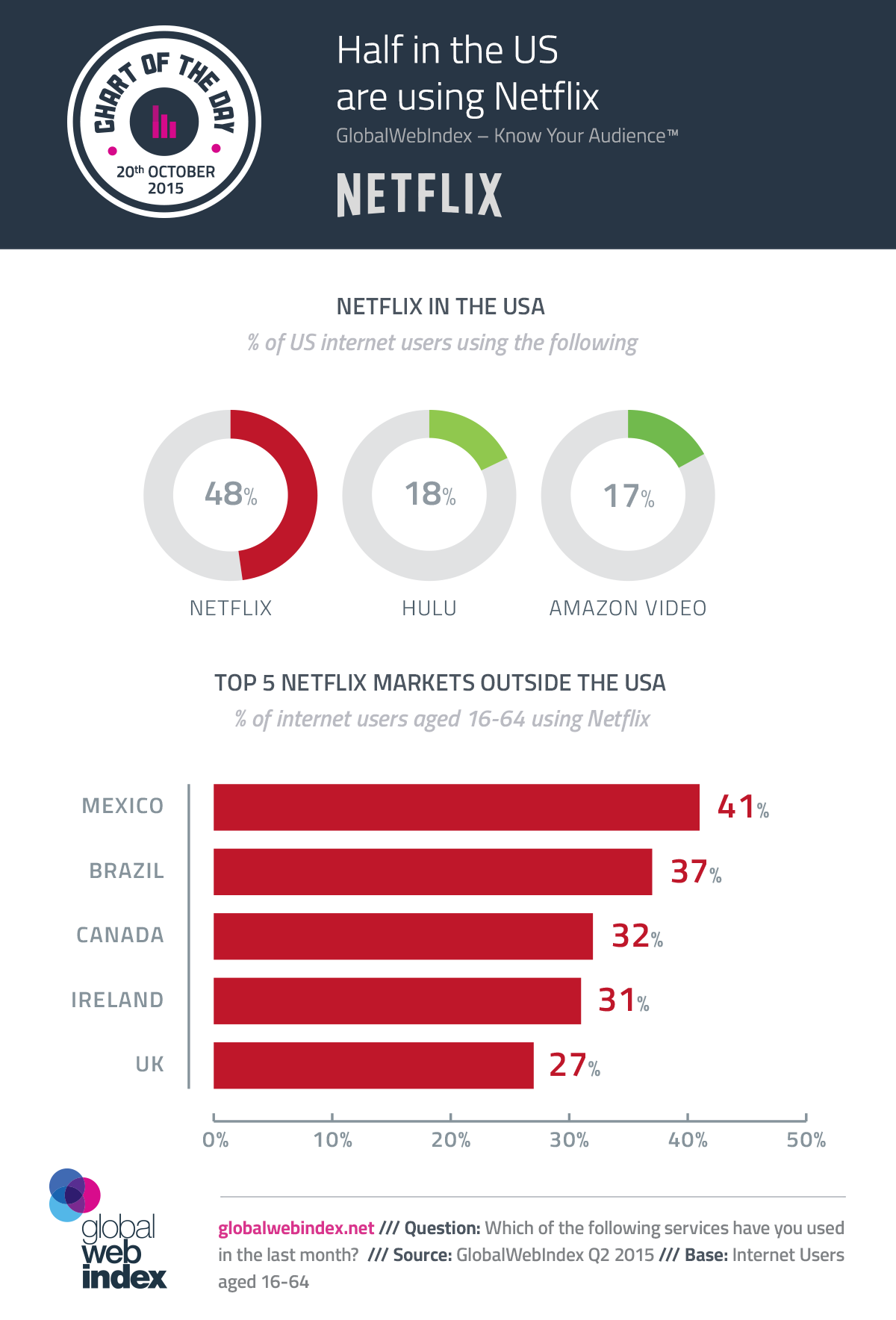