Half of 16-24s in the USA are Snapchatting

With headlines last week proclaiming that Snapchat could soon be valued at more than $20 billion, today’s Chart explores one of the reasons behind this hefty valuation.

It’s long been known that Snapchat’s demographics make it an attractive proposition for brands. Globally, just over a quarter of 16-24s are now using the service, with these young internet users forming around half of its total user base. But as our chart reveals, it’s in mature, Western markets where Snapchat has really been a hit. Usage among 16-24s reaches almost 6 in 10 in Belgium and Ireland, with equally high rates in key markets like the UK (51%), Canada (51%) and the USA (47%).

With its impressive reach in some of the biggest and wealthiest mature markets, and a serious foothold among the younger demographic, there’s little wonder that Snapchat is fast becoming one of the most valuable unicorns out there. 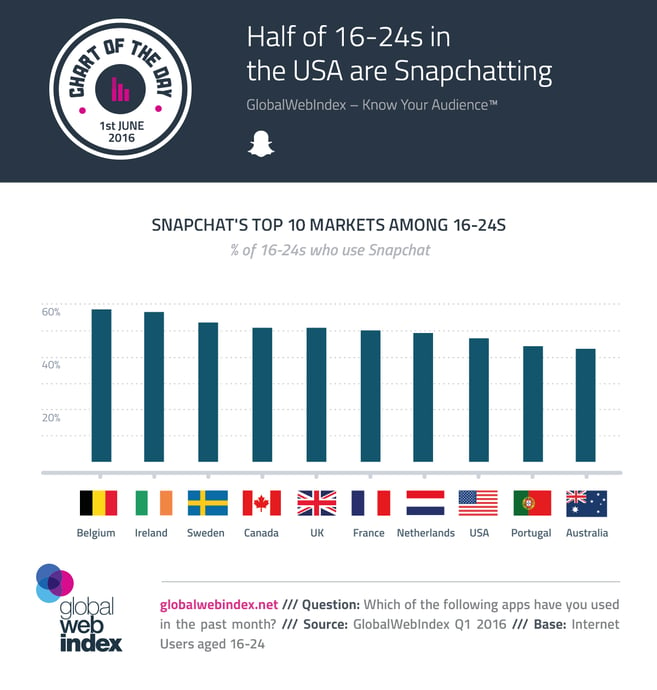