Half of Facebookers Use the Official App Each Month

Today marks the launch of GWI’s new Insight Report on Social Media Engagement – analyzing and quantifying how internet users are engaging with social platforms. You can get a free summary of this report here.

Mobiles and tablets continue to have a transformative impact over social behaviors. Compared to late 2012, the numbers networking via a mobile have jumped by over 20%, while tablet networkers have increased by over 40%.

Nevertheless, the world’s major social platforms have enjoyed various degrees of success in terms of convincing their active users to engage via their official apps. Leading the way is Facebook: 55% of its entire active user base accessed the official Facebook app last month.

That Facebook is ahead of the pack despite having the oldest age profile of any of the networks tracked in our chart is particularly important – indicating it’s the one that’s still most embedded inside our daily networking behaviors, and hence the one we are still most likely to access when out-and-about via our mobile. 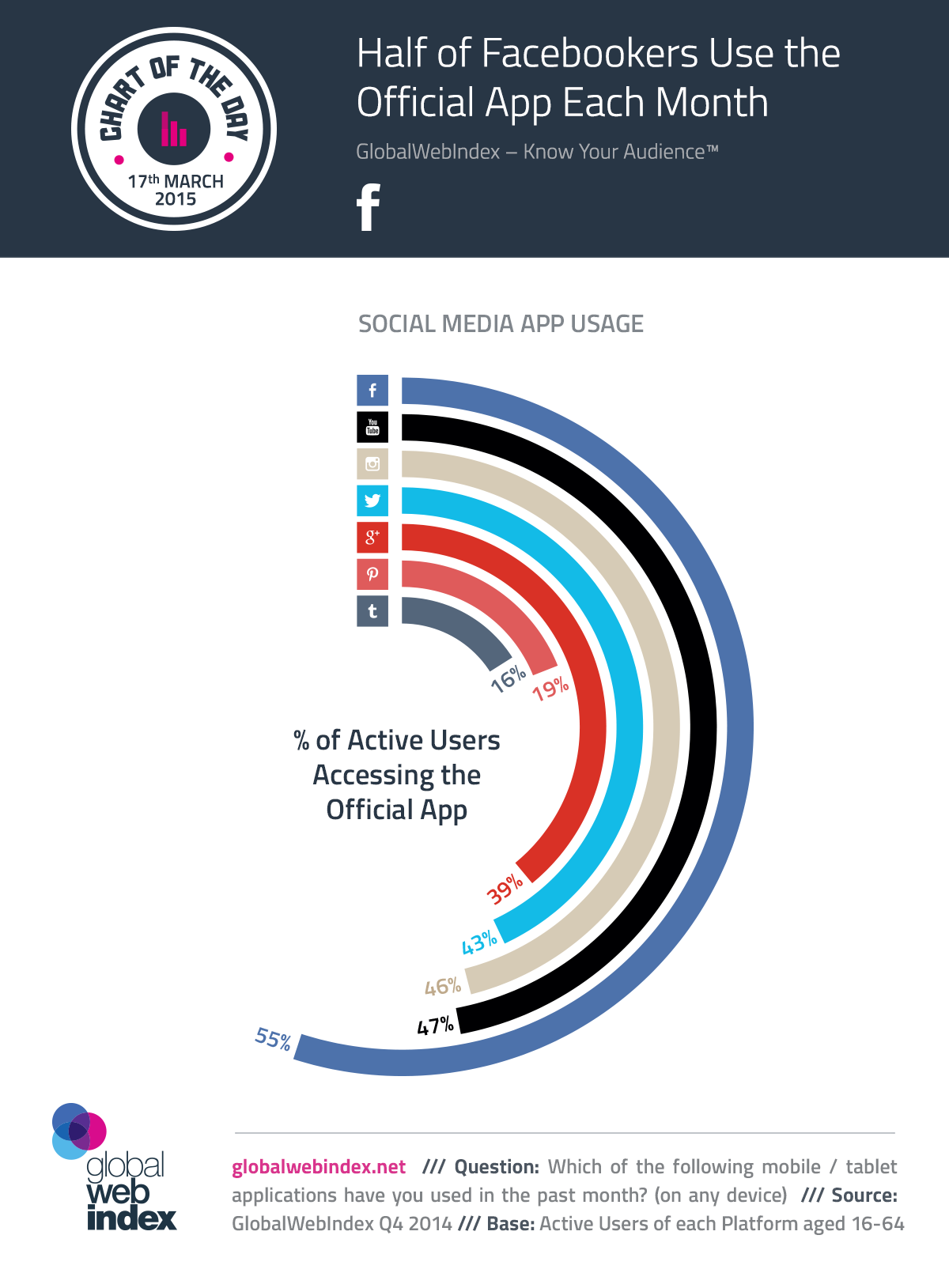