Half of Instagrammers are Snapchatting

Instagram caught the attention of the media last week when it debuted “Stories” – a major new functionality that bears a striking resemblance to Snapchat’s own feature of the same name. Today’s Chart thus looks at the crossover between these two services and whether “Stories” could see the same success on Instagram as it has done on Snapchat.

One thing that’s clear is that Instagrammers are pretty enthusiastic about Snapchat – almost 47% say they are also engaging with Snapchat each month. And it’s among Instagram’s youngest users that this new feature is likely to resonate the most strongly; focus on 16-24s and the crossover between the two platforms approaches the 60% mark. But even among its oldest users, Snapchat usage doesn’t dip much below 40%.

That represents a decent proportion of engagers/contributors on Instagram who are already accustomed to Snapchat’s Stories and could see appeal in using a very similar feature on Instagram. Loyal Snapchatters might not feel much need for an Instagram version, but with networkers having an ever greater choice over where to visit and share updates, it’s little wonder that Instagram is adopting the best features of its competitors to keep its users coming back. 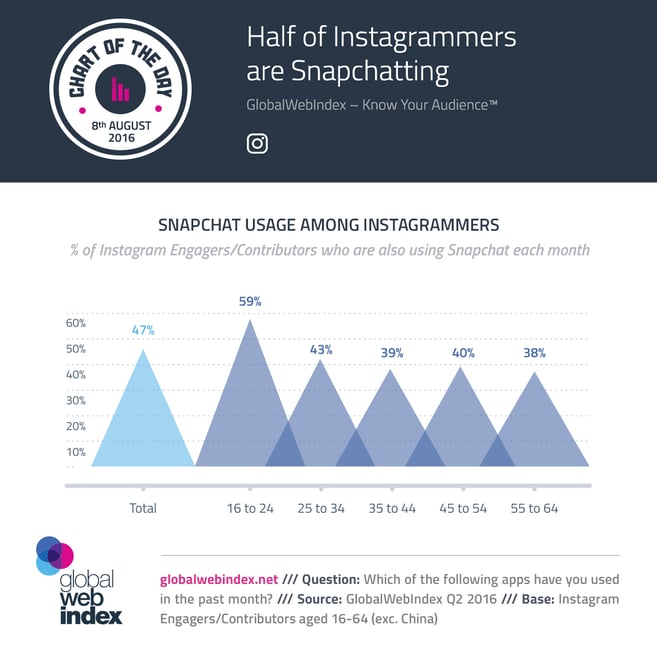