Half of Instagrammers use networks to research products

For this week’s final Chart of the Day, we consider the prospects for “social commerce” on some of the major networks.

Across five of the biggest platforms, it is active users on Instagram who are most likely to see social networks as a viable channel for product/brand research. Tumblr, Instagram and Twitter are not far behind, with Facebook’s slightly older user base then following.

Despite this, there’s still some distance to cover before users of these networks are sold on the idea of “social commerce”. In all cases, active users are much more likely to undertake product research on these networks than they are to see appeal in using a “buy” button to complete a purchase. Tumblr’s very young users might be at the forefront here, but all of them still have work to do if they want this to become a mainstream proposition.

Also clear from these figures is just how valuable Instagram is to Facebook. As is so often the case, if Facebookers themselves are a little behind average, Instagrammers are at the very forefront. And for Mark Zuckerberg and co., as long as people are engaging via one of its services, it doesn’t matter too much whether it’s Instagram or Facebook that leads the field. 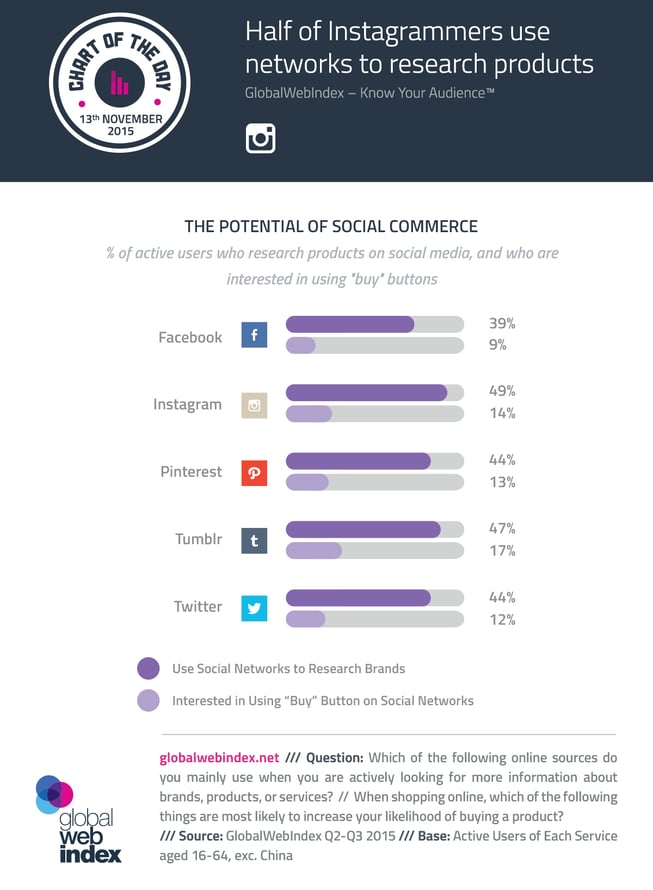