As downloads become less important in terms of how we access and listen to music, Apple has been conspicuous in its absence from the streaming world. Now, though, the company’s announcements at WWDC put it firmly in the music streaming spotlight, while pitting it against the current market leaders Spotify and SoundCloud.

As we saw in yesterday’s blog, Apple has a real chance of converting many existing iTunes users who are already subscribing to a streaming service. And Spotify will surely be in the firing line here – a quarter of iTunes users are listening to Spotify each month.

Perhaps more important, though, is that 50% of Spotify listeners say that they use iTunes at least once a month. That’s a significant chunk of Spotify’s current user base who will already be familiar with Apple’s platform and who can be targeted by its marketing machine. 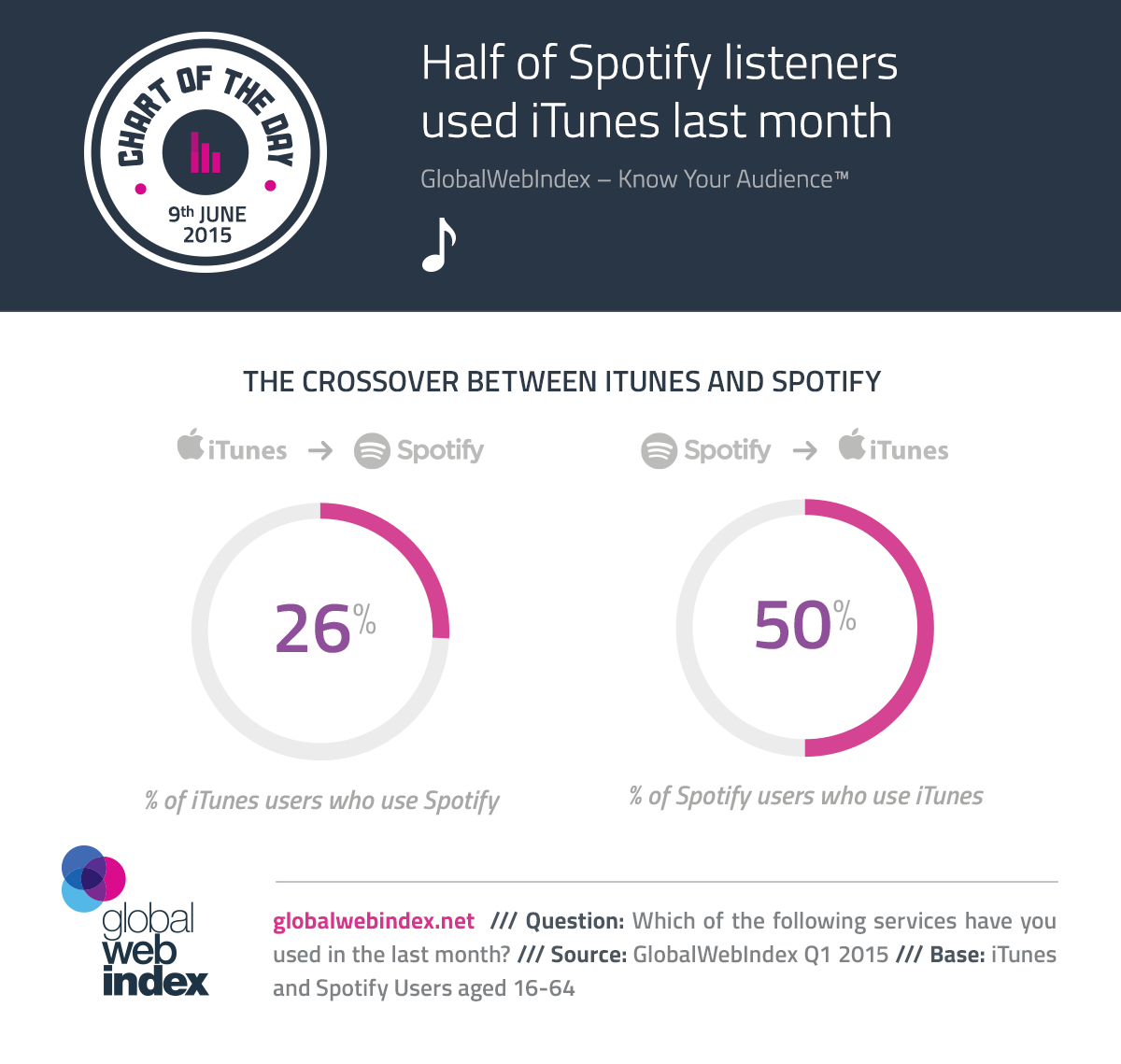