Half Use Google Play Each Month

With Google Play’s revamped store design arriving on Android handsets, this week’s second Chart of the Day looks at the service’s appeal by age and income.

Globally, around half of internet users are using Google Play each month, giving it an 8 percentage-point lead over rival iTunes. Enthusiasm peaks among the youngest group of internet users (53%) and, by region, APAC is its biggest market (55%), with MENA not far behind (48%).

But with Google Play holding just a 2 point lead over iTunes in North America, and falling behind in Australia, improving the store’s focus on new content and discoverability can only be a good move. Indeed, Google’s challenge is to make further ground in those markets where iTunes (and the iPhone) are still the default choice for many. 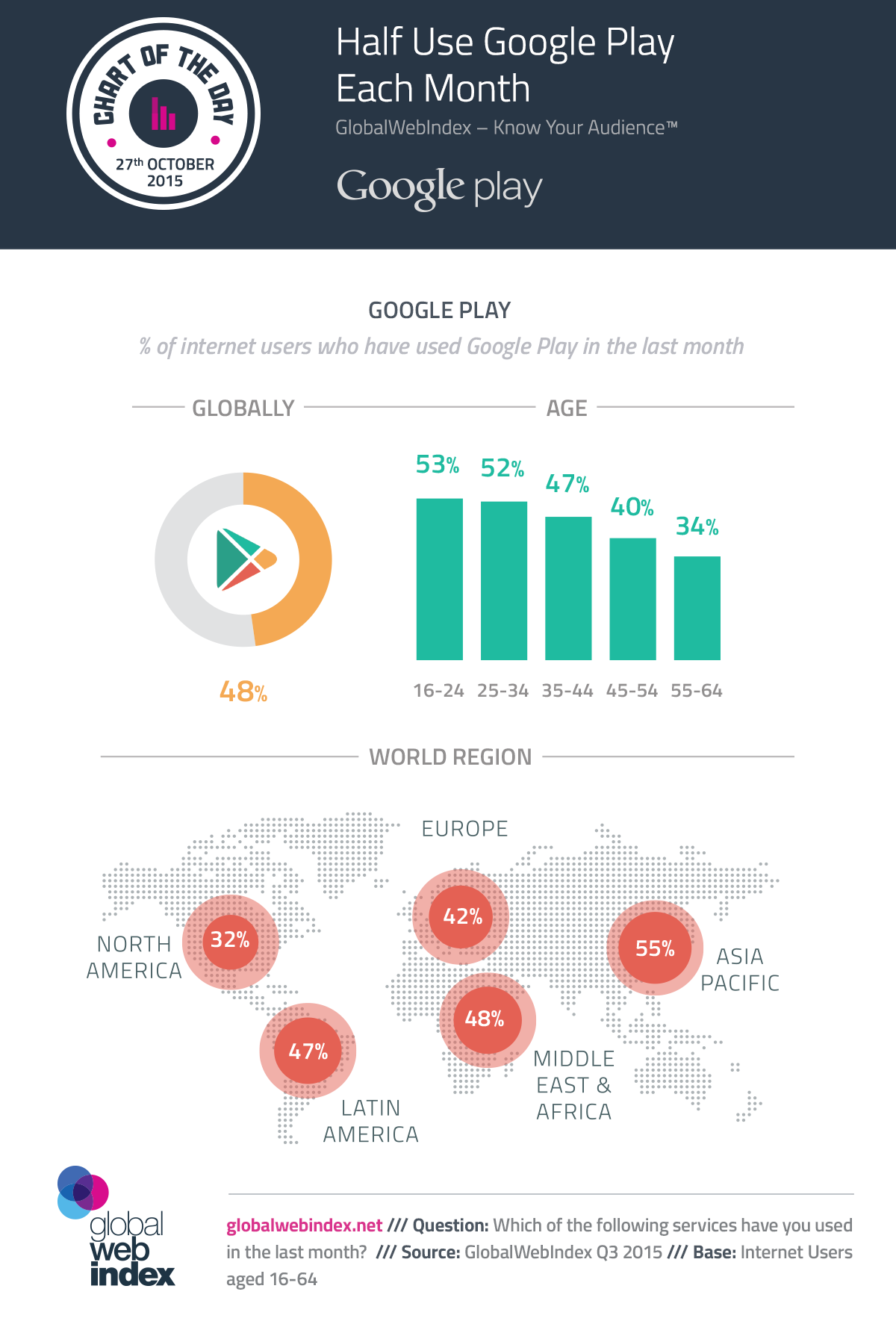