How many Badoo users pay to use dating sites?

Despite being around since 2006, it’s only recently that Badoo has started to make a serious impact in terms of both brand recognition and user engagement. In fact, GWI’s data shows that, over the last year, Badoo has almost doubled the number active on the site.

Users aren’t restricting their online dating activities to this network alone, though. Some 18% of the service’s users say they regularly use location-based dating apps as well. And it’s perhaps no surprise to see that Badoo users are more than twice as likely as the average person to have visited an online dating site in the last month.

Even so, opportunities for monetization shine through here; last month, almost a fifth of the site’s users say they paid for an online dating service. Much of this spend may be going to its competitors at the moment, but the potential importance of Badoo’s ‘Premium’ level is also clear to see. 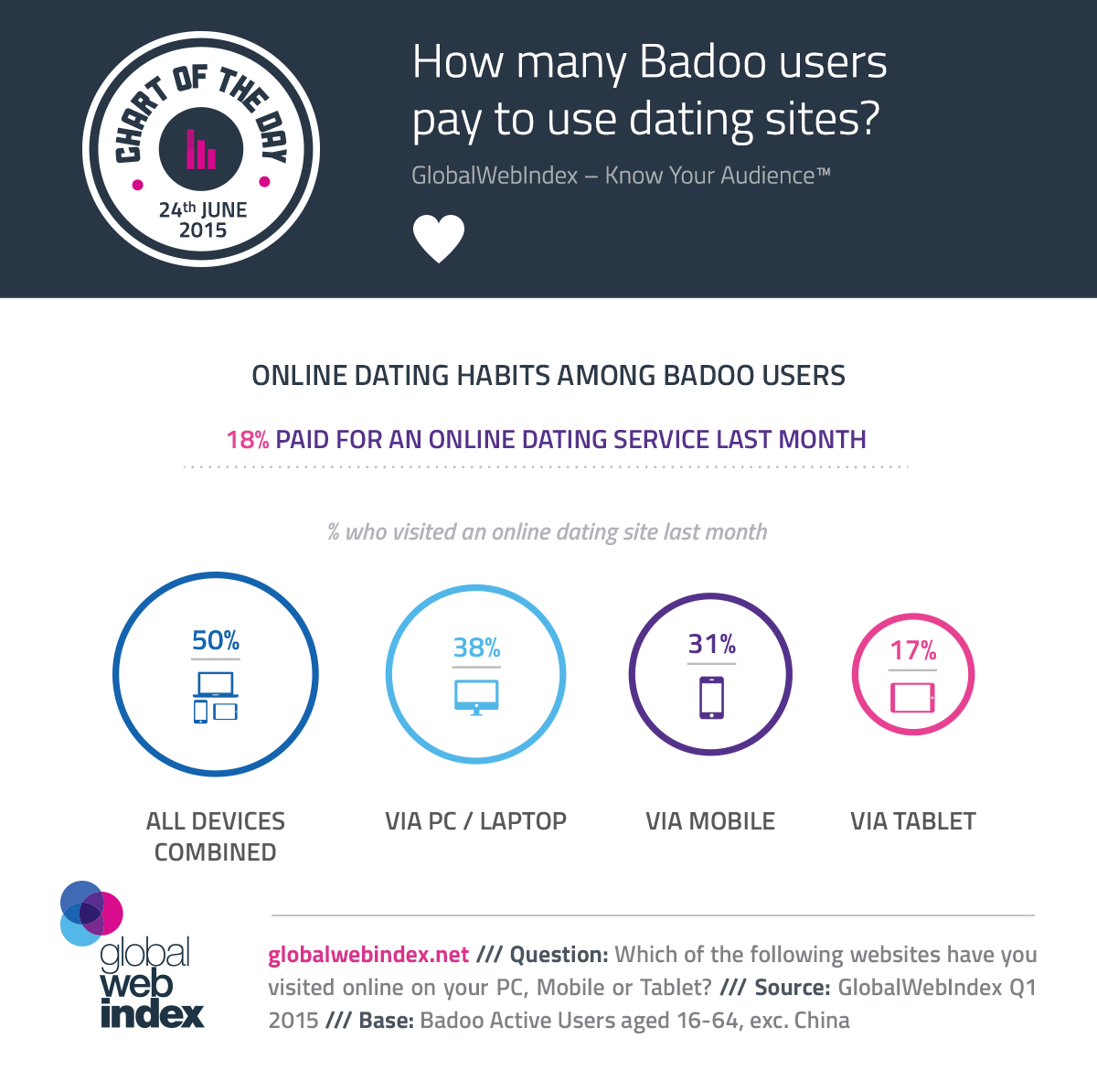