Despite increasing competition from Facebook and Twitter, YouTube remains the default site for most internet users looking for video online.  And, as we discuss in our new blog post profiling 4 key facts about the service, it might only be about a quarter of internet users (outside China) who think of themselves as ‘active users’ of the site, but a significant 8 in 10 say that they visit YouTube each month. This impressive figure actually makes YouTube more popular than Facebook on this metric.

But with its 10th anniversary fast approaching, rumors are abounding that YouTube is set to launch an ad-free subscription service. So, why change things now, when the current formula is delivering such high engagement rates?

As always, it’s all about the ads. Or, specifically, adblockers – with tools like Adblock and uBlock allowing users to stop adverts from being displayed before videos, and thereby challenging traditional monetization models. In fact, GWI’s research shows that a third of YouTube visitors regularly use adblockers, with peaks among younger users.

But there’s another motivation at work here, too. With long-term trends making it pretty clear that streaming is replacing downloading as the way we consume content, YouTube wants to normalize the idea of paying for its service.

To find out more about YouTube, check out our new blog ‘What to Know About YouTube on its 10th Anniversary’. 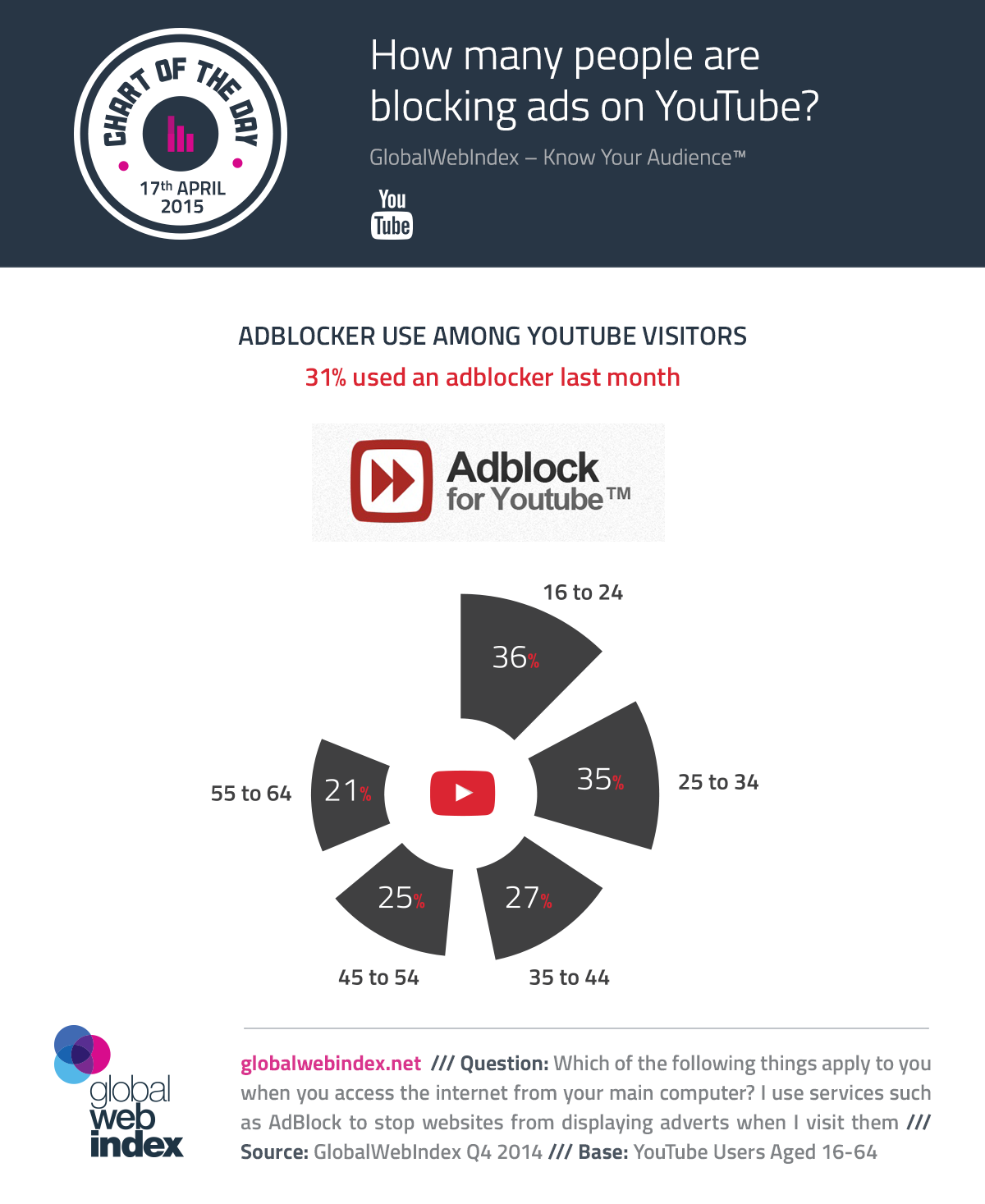