How popular is Apple Pay?

With a number of tech brands rushing to establish themselves as the premier mobile-payment facilitator, this week’s final Chart of the Day looks at the current popularity of Apple Pay in the key US and UK markets.

Among iPhone 6 or Apple Watch owners in the two countries, it’s almost 4 in 10 who say they have used Apple Pay already – a fairly impressive adoption rate for a new behavior of this type not previously widespread in North America or Europe.

However, just as important is that another 3 in 10 express interest in using Apple Pay in the future, showing that Apple could hope to convert almost three quarters of the potential audience for this feature. In fact, with only 30% of users saying they are not interested in Apple Pay, it’s clear that the notion of mobile payments is one which resonates strongly among iPhone and Apple Watch users. 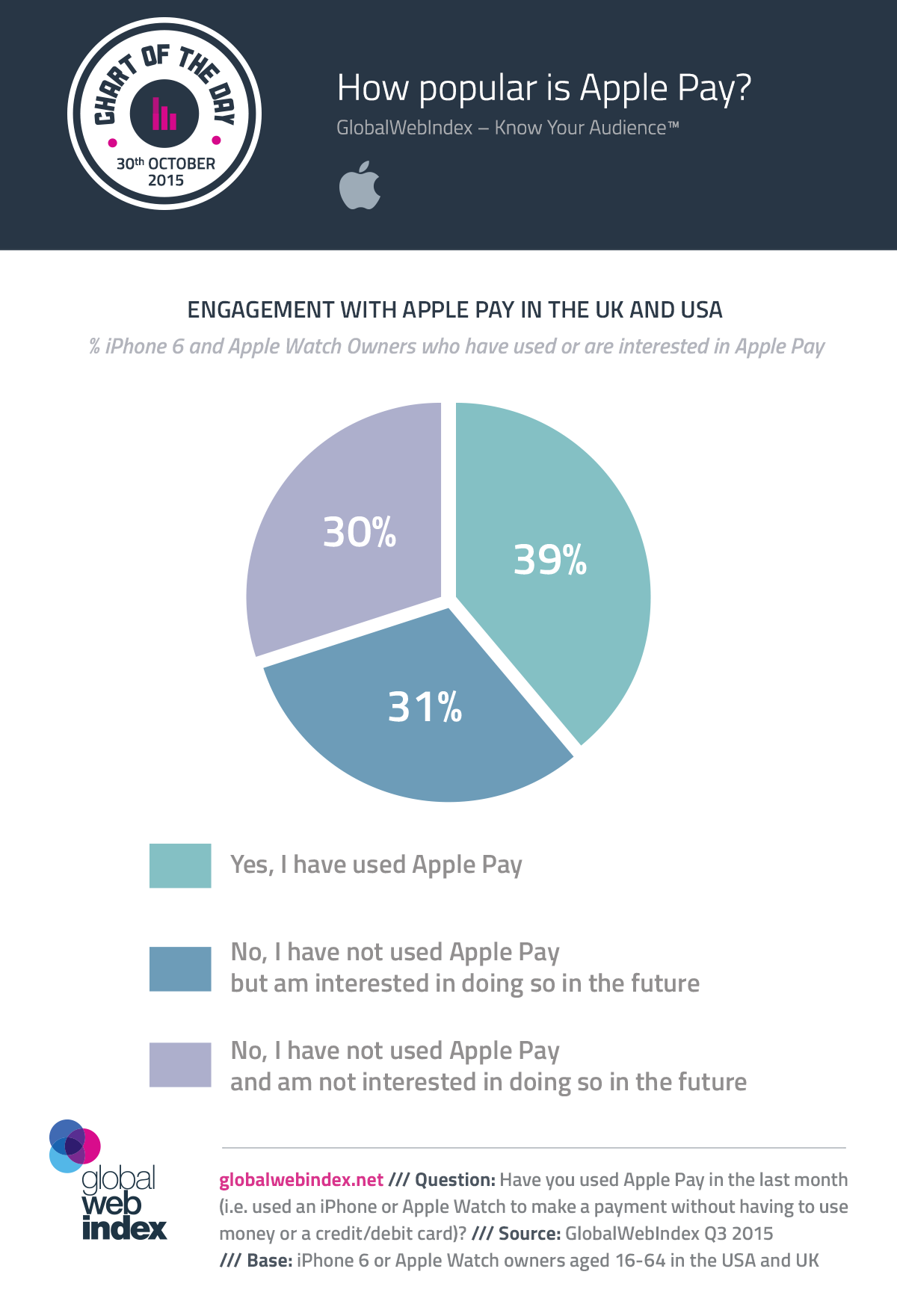