In honor of this week’s Data Privacy Day, we’ve already looked at how many people are using VPNs (virtual private networks) or proxy servers because they want to surf anonymously. Today we continue with this theme by analyzing usage designed to bypass official monitoring.

In light of Barack Obama’s recent speech about planned reforms to the NSA in America, it’s clearly important that – among the 28% of global internet users who connect via VPNs and proxy servers – nearly a fifth (19%) are doing so to “hide my web activity from the government”. The US is absolutely in line with this figure (18%); that’s about 5.65 million online Americans looking to avoid being monitored.

But when we compare this to other markets, it’s actually some of the emerging internet nations which top the list – led by India at 22%. Can it be a coincidence that this country occupies pole position, given that last year saw the Indian government launch its Central Monitoring System (allowing it to scrutinize phone and internet activities)? Probably not. 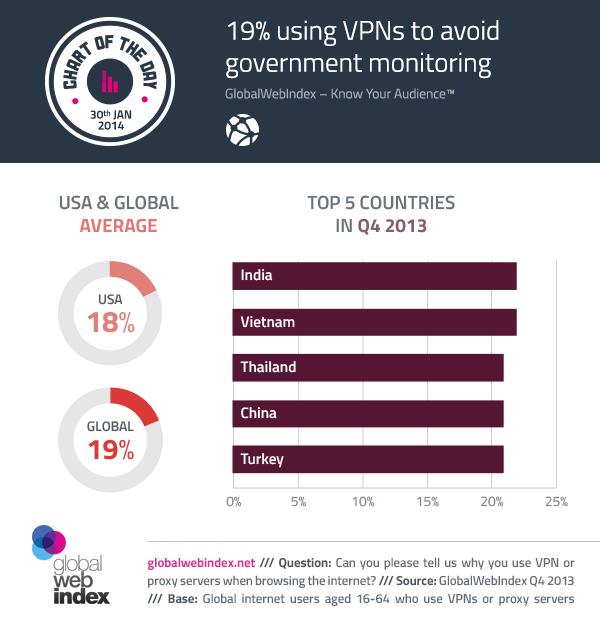