We have a great new info-graphic which shows the changing number of social networkers over the last 5 waves, by market and key demographics. Change has been demonstrated by circle size and colour. 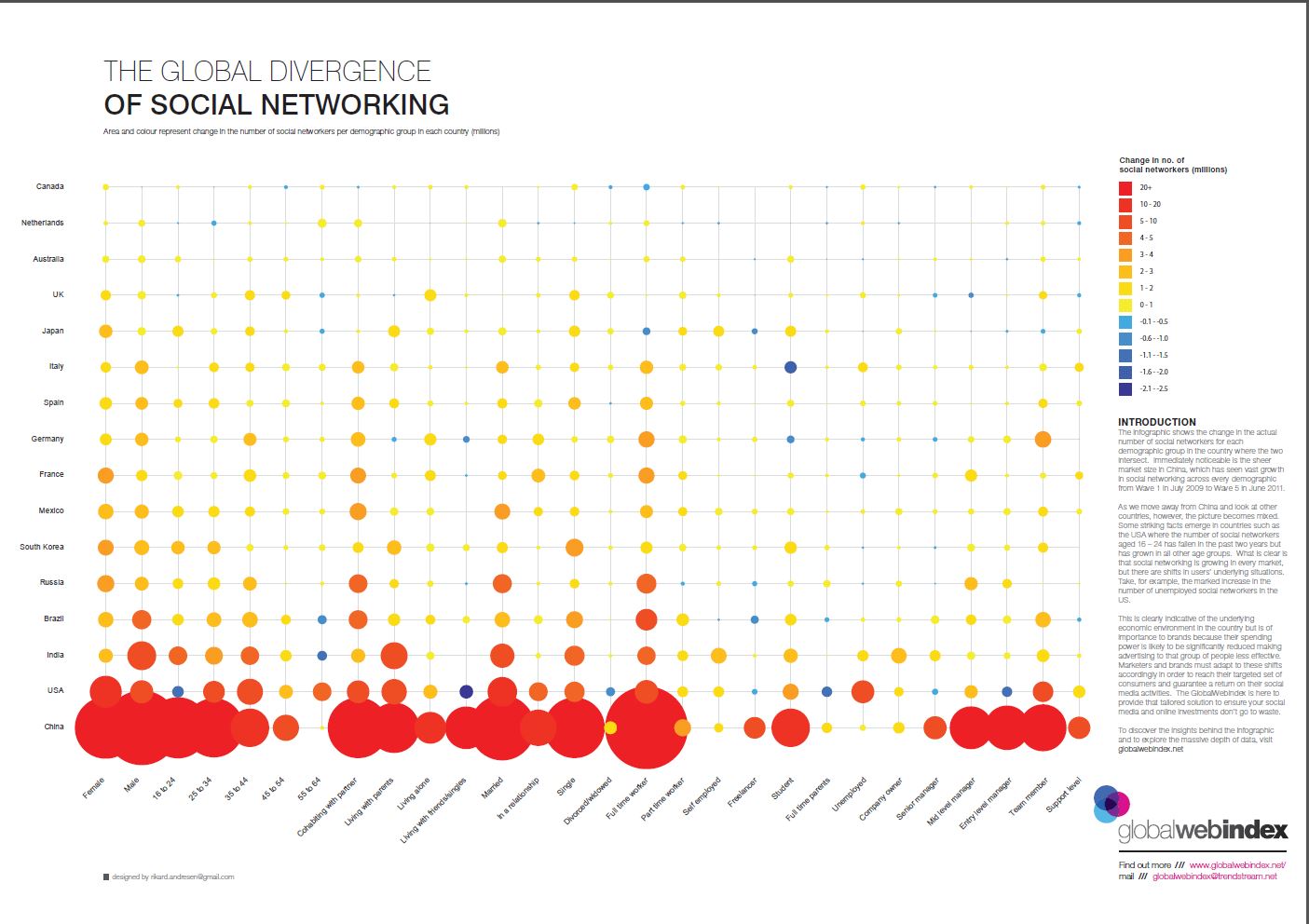 What is immediately apparent growing divergence between markets, which is being driven by a number of factors:

The core fact is that the online world becomes more and more fragmented, a theme that plays strongly in our Wave 5 trends. We believe that this become more apparent over time as saturated markets, such as US, UK and Germany, flatline or start to decline in terms of social media contribution, while fast growing markets bring new people online who are eager to adopt and use social media.

One key thing to note is that we are only displaying data from markets that have been on all five waves, so markets such as Argentina, South Africa, Saudi Arabia or Indonesia are not included.