Facebook-owned Instagram announced last week that it had hit a milestone of half a billion users. And, according to GWI’s data, it can also claim to be the fastest-growing major network. Since mid-2014, membership levels have soared by 15 percentage-points, with most of this growth seen in the last year alone.

Crucially, it’s the youngest internet users who are driving this trajectory. Take a look at where the strongest membership rises are taking place and the 16-24s stand out – the proportion of this age group with an Instagram account has jumped by 20 points since mid-2014 to reach 58%. Importantly, though, this growth transcends the age groups: even the proportion of 55-64s with an account is 2.5x higher now than it was mid-2014. 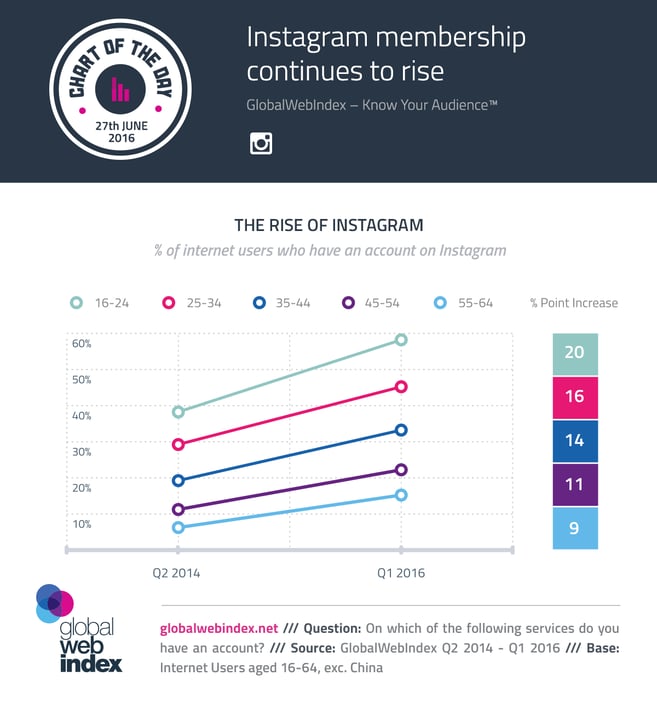