When Instagram claimed to have overtaken Twitter in late 2014, it also conceded it had a problem with spam accounts. Now that millions of these fake members have been removed by the network, how many are left?

As we explore in our GWI Social report (download a free summary here) as well as our brand new Sizing Instagram’s Audience trend report, Facebook remains the clear leader when it comes to both membership and active usage rates. An impressive 81% of adults aged 16-64 report having an account on the site, while some 42% describe themselves as active users – nearly twice the equivalent figure of the next closest network.

Behind Facebook, there are three networks competing for second position: YouTube, Google+ and Twitter. All have membership rates of between 50% and 60% and active usage rates of 20% to 25%; their relative ranking tends to fluctuate between markets, with Google+ typically performing best in fast-growth countries and YouTube doing well in mature ones.

All three of these “second-tier” networks are considerably ahead of Instagram. Whether we look at numbers of members or active users, it’s clear that Instagram is still in the “third-tier” of networks, alongside names such as LinkedIn and Pinterest. Instagram’s certainly been growing quickly, but it’s yet to command the type of audience that would allow it to challenge a service like Twitter.

In fact, our research shows that Twitter is ahead of Instagram for active usage in 30 of our 32 markets, with only Sweden and Hong Kong bucking the trend. This underlines the importance of tracking engagement across networks in a comparable way, rather than using self-published figures based on different definitions of active usage. 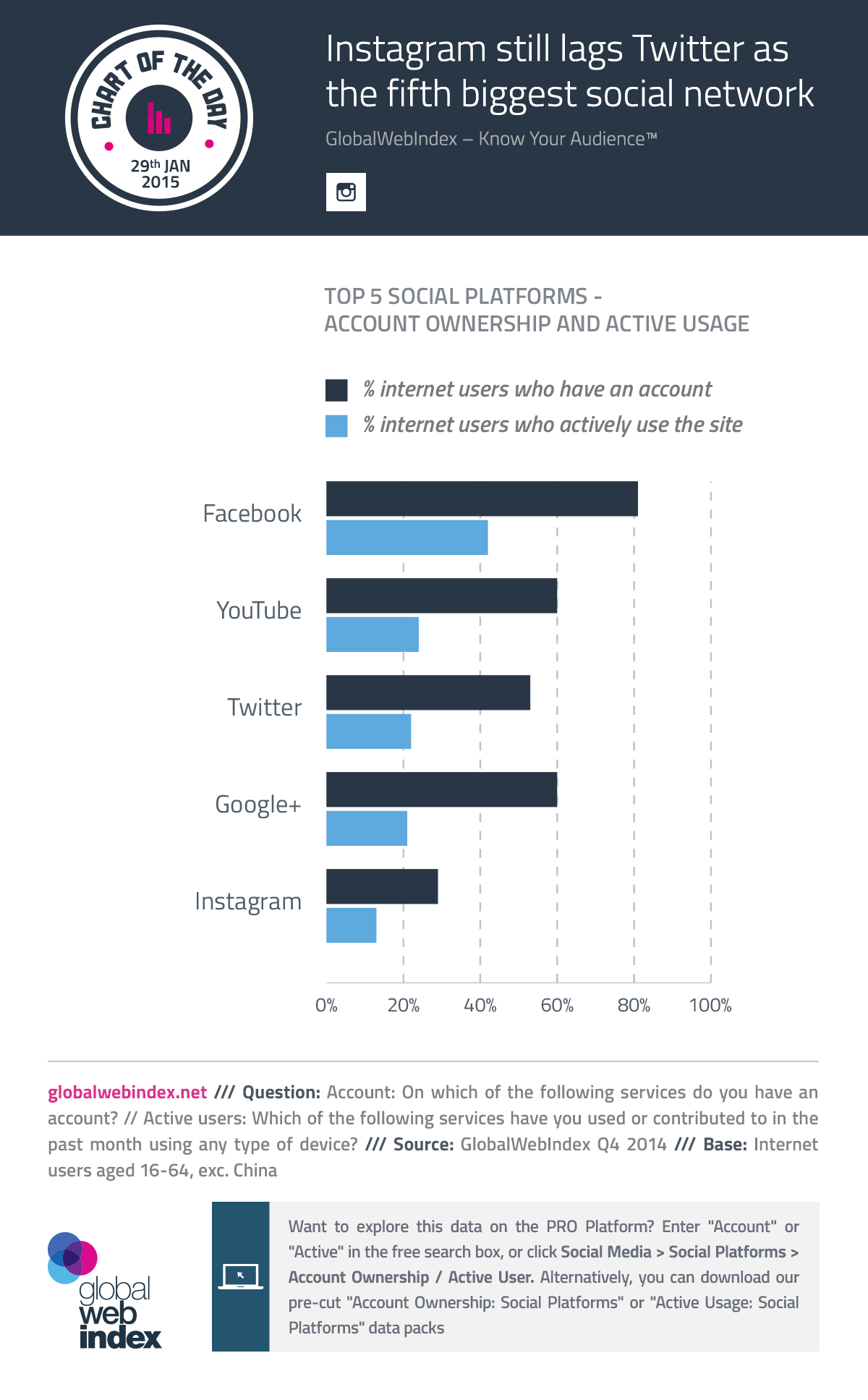