In the world of social networking, Facebook-owned Instagram has been a clear success story in recent years.As Tuesday’s chart shows, the platform has gone from strength-to-strength and now enjoys particularly high engagement among younger internet users in key markets such as the UK and USA.

Globally, Instagram’s active usage figures have in fact doubled since 2013. Outside China, 15% of online adults are actively using the service, up from 8% two years earlier.

Instagram’s continued success is testament to the appeal of smaller, more specialized social networks. With Facebook reaching a ceiling in many mature markets and Instagram growing its active user base each year, it’s no wonder Mark Zuckerberg was willing to pay $1bn for the photo-sharing service. 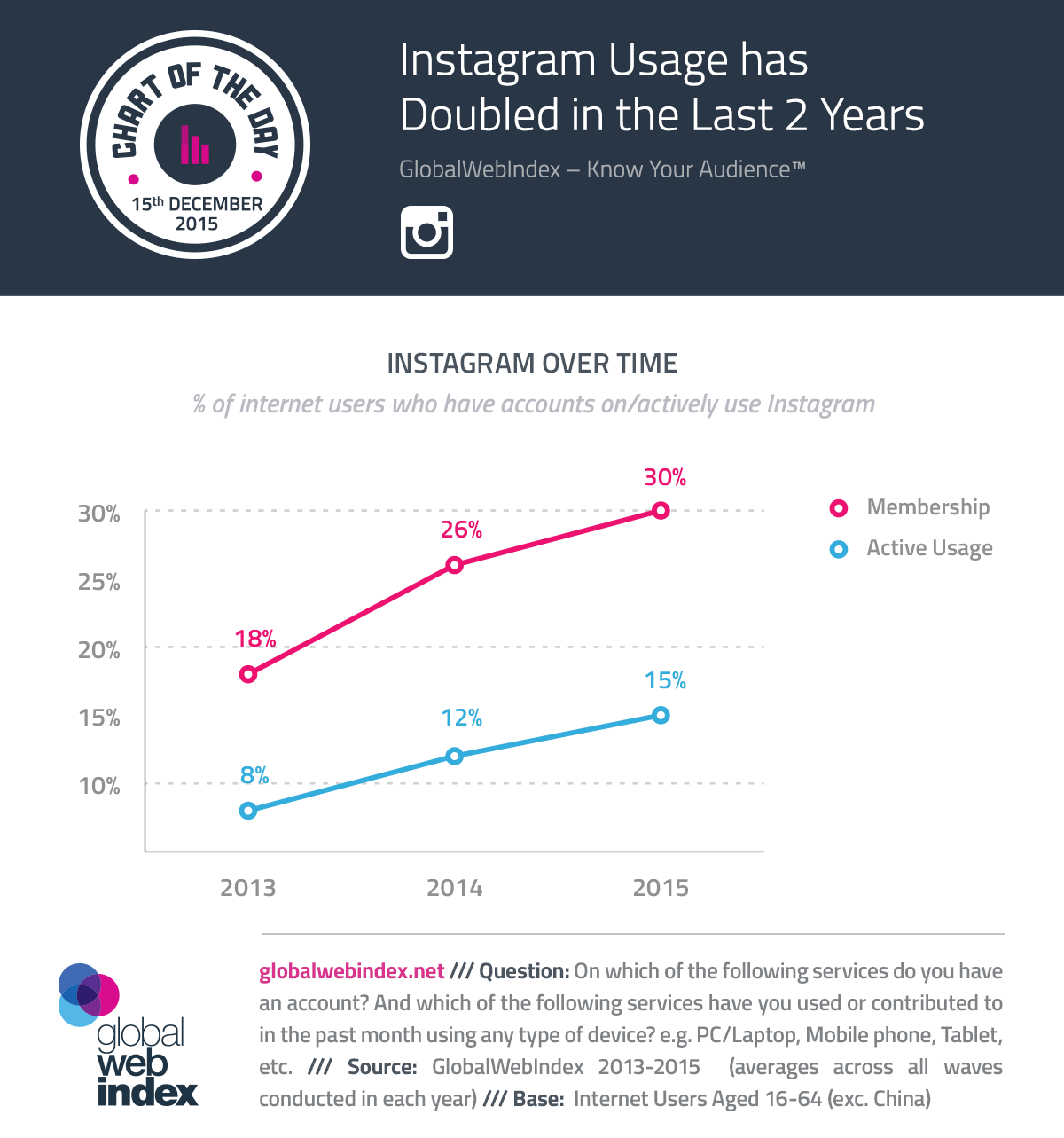