Instagrammers most likely to identify as mobile-first

As mobiles continue to become ever more important in terms of social networking, today we look at which service’s users are most likely to identify themselves as mobile-first.

Facebook’s older user profile means that its users retain the strongest attachment to laptops; 36% pick this device as their most important one, compared to 33% who say the same about mobile. Laptops also just about retain top position for YouTubers.

But among young audiences like that of Instagram, mobiles have already managed to forge a clear lead – with 42% identifying as mobile-first compared to 33% who think that laptops are their most important device. It’s surely just a matter of time before users of the other networks make the same transition. 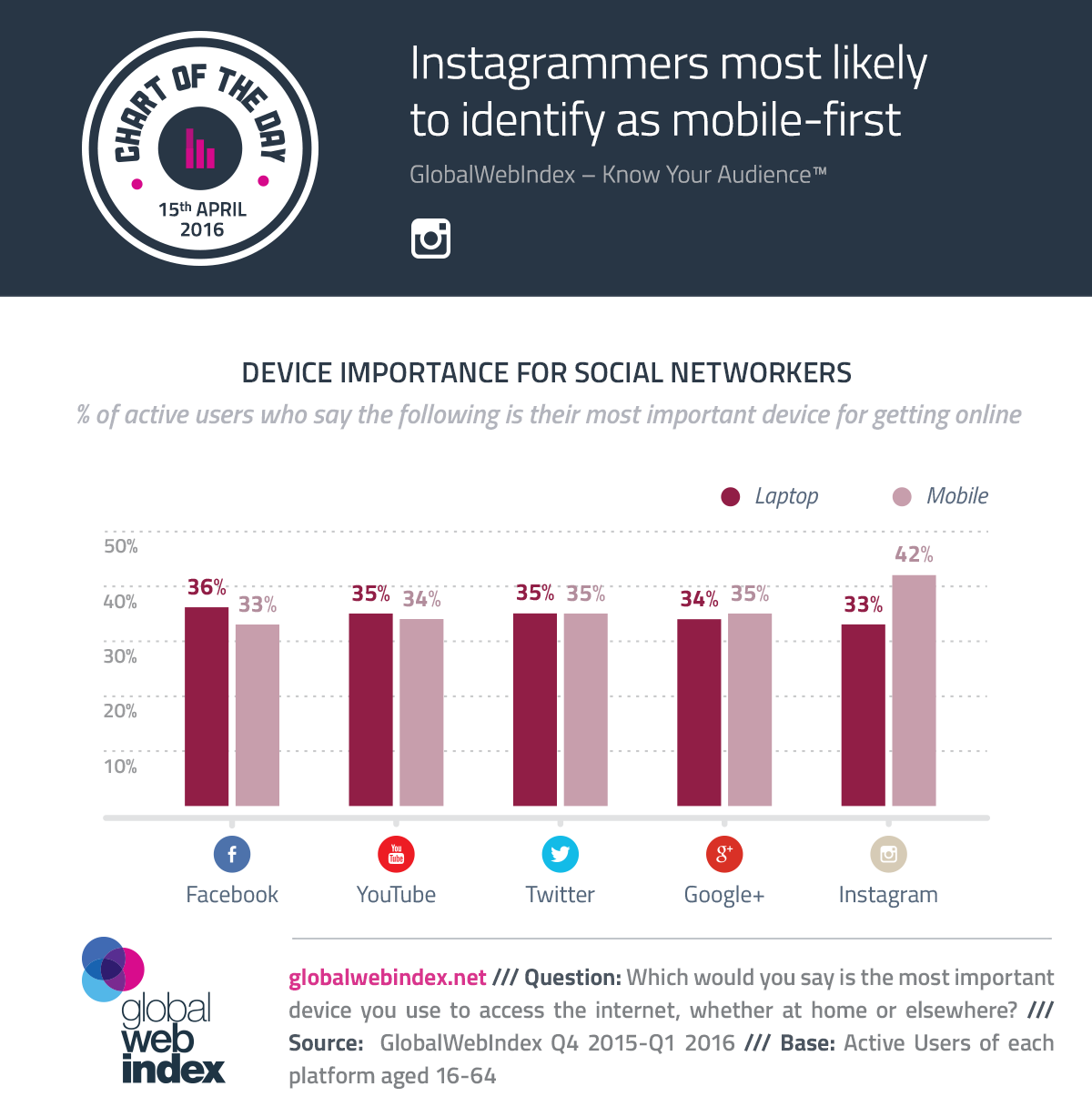