To mark the release of our new Social report, today we look at multi-networking behaviors across our 34 countries.

If we monitor this over time then there’s strong evidence for the rise of multi-networking. Back in 2012, digital consumers had an average of just over 3 accounts; in 2016, this figure has risen to almost 7. That means people are members of about twice as many networks/apps now as they were in the earlier part of the decade.

As might be expected, 16-24s are at the forefront of this trend. Key to this is that these same individuals spend by far the longest period of time social networking each day, and also post the highest figures for being online via a mobile. 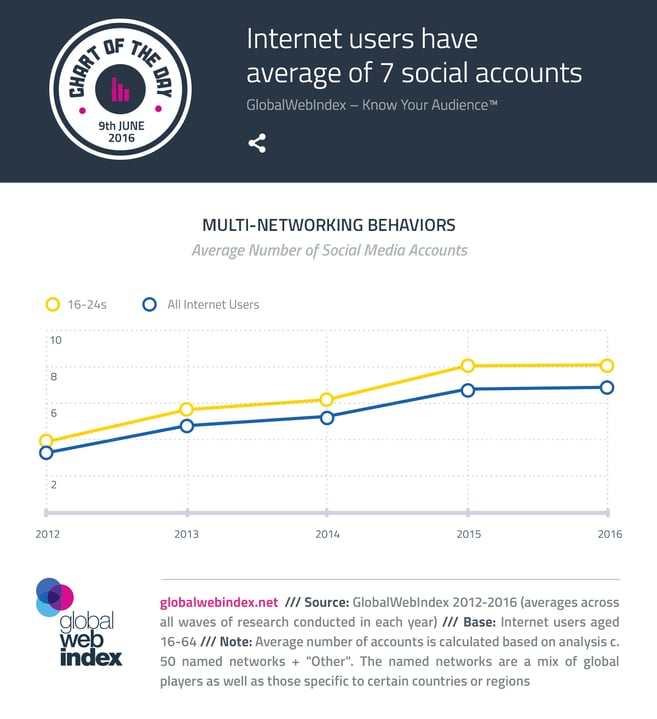