Our final post this week concludes our look at media consumption behaviors by placing a spotlight on online vs traditional forms of TV, radio and print press.

At present, traditional TV and radio are still significantly favored over their online counterparts. By contrast, print press has already seen a transition from offline to online as the preferred option; on average, consumers now engage with online press for 0.71 hours each day, compared to 0.61 hours for physical alternatives.

Across the board, though, current momentum rests very much with online. Typically, the share of our time that we devote to traditional sources is in gentle but consistent decline as entertainment portfolios assume an increasingly online character. Traditional TV bucks this trend, although it’s worth noting that online TV is nevertheless rising at the fastest rate of all.

For further detail and analysis on this topic – as well as figures at a national level – check out our new Digital vs Traditional Media Consumption report (a free summary of which can be downloaded here). 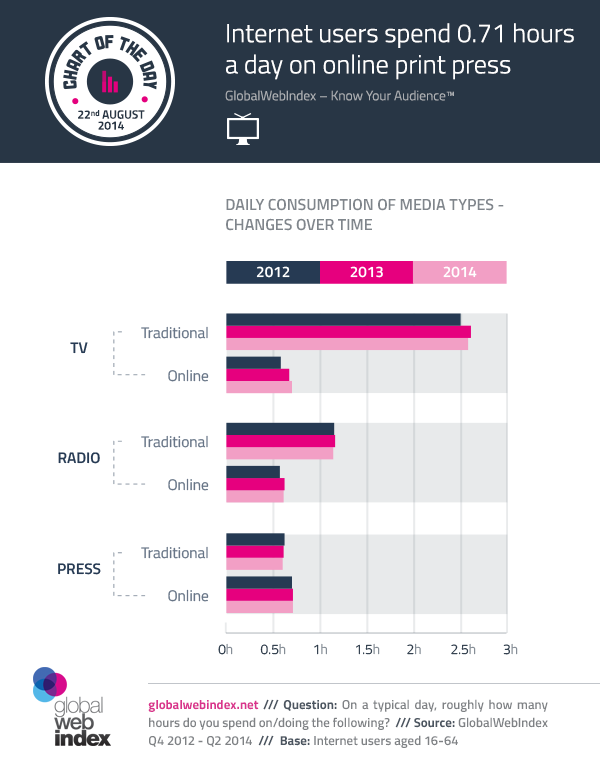