Although Android’s lead over Apple’s iOS is much smaller here than it is for mobiles, it still has a pretty convincing lead: 14% of internet users aged 16-64 are using an iPad, whereas one fifth say they have an Android tablet. Other OS then capture extremely small shares of the market, confirming that the tablet contest is effectively a straight two-way battle.

As with mobiles, Apple can point to the fact that its best figures come among the highest income segment (members of the top quartile are in fact 2.5x as likely as those in the lower income quartile to have an iPad).

Nevertheless, that Android is now number one for both smartphone and tablet operating systems is a sign of how successful Android has been in winning new users. It also demonstrates how effective the Apple marketing machine has been in pushing the notion that the iPhone and iPad are the leading smart devices, despite ownership figures showing otherwise. 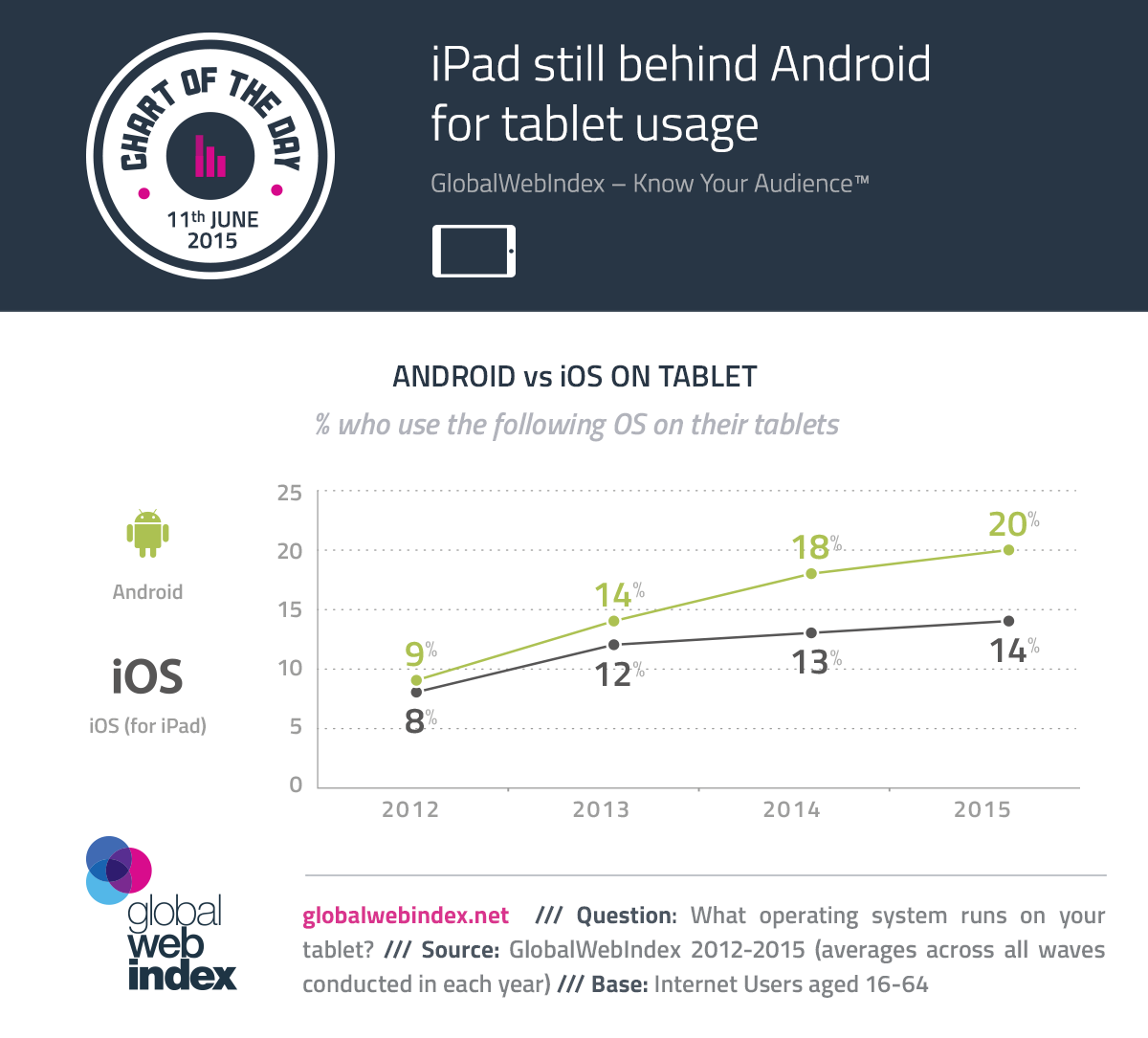