Is Drone Racing the Next Big Sport?

With Sky and ESPN both getting behind the Drone Racing League (DRL), today we take a look at why it has such potential in the sports entertainment industry.

Drones have already accrued a significant amount of interest among digital consumers, with 1 in 3 expressing an enthusiasm for this tech. What’s more, the majority of this group are enthusiastic about watching sports online; as many as 8 in 10 25-34s did so last month, with the figure hitting 6 in 10 even among the oldest cohort in our research (55-64s).

These numbers give some context for the $1m price-tag for broadcasting the DRL, despite it being just a year old. Drone racing has already begun to establish itself in North America and, with digital consumers in other world regions actually being more enthusiastic about drones than their American counterparts, there’s clear scope for this new sport to go global. 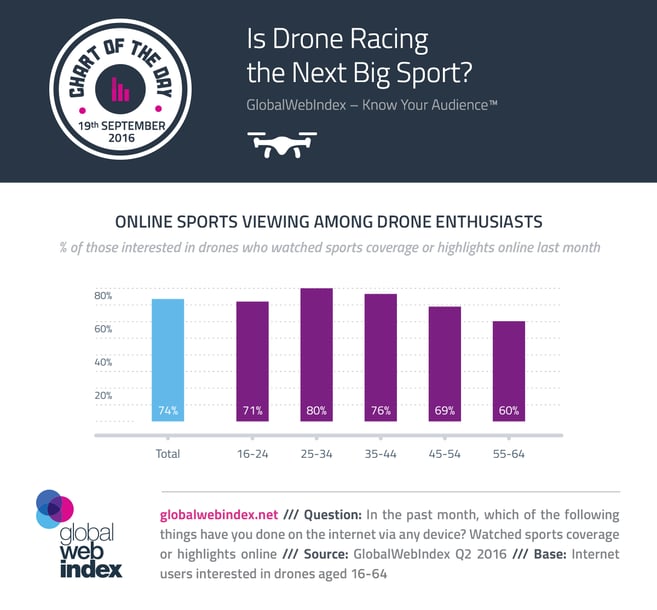