Rumor has it that Facebook is set to enter the music-streaming fray by developing its own service (it denied the story, but Facebook has a history of changing its stance on issues like this).

Although it’s the battle between Apple Music and Spotify which has been dominating headlines, GWI’s data makes it clear why Facebook’s entry to this market could make such an immediate and substantial impact.

Currently, just under 50% of online adults are using the internet to stream music; look at the figures among users of Facebook’s various services and it’s clear that all of them over-index. So, it’s 53% of Facebook’s active users who are music streaming, but this rises to more than two thirds among Instagram’s younger audience.

Want to know how many people are currently using services like Spotify, Pandora, Rdio, Tidal, SoundCloud, Deezer or Musify? Check out the latest numbers in our Q2 release of data. 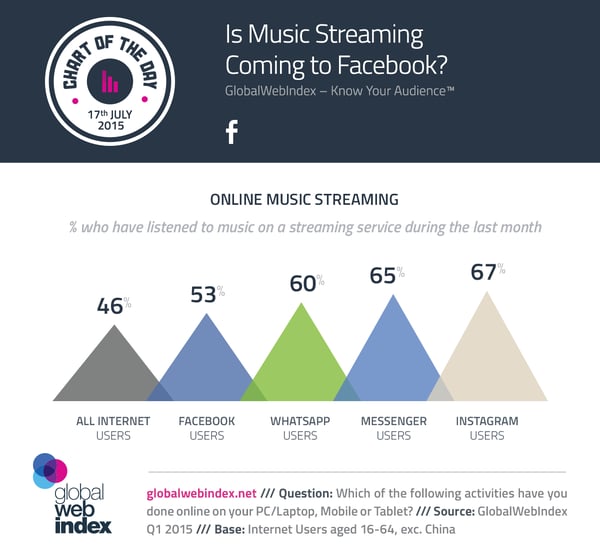