LatAm and APAC consumers most interested in wearable tech

Continuing our look at interest in wearable technology, today we draw on more data from our brand new Q1 wave of research.

At a regional level, it is internet users in LatAm (Latin America) and APac (Asia Pacific) who are most likely to say that they have already used a piece of wearable tech or are interested in doing so in the future. By contrast, enthusiasm is somewhat lower in Europe as well as in Google Glass’ home territory of North America.

Globally, there are also strong demographic effects at work here. Men are more engaged than women, with respondents in the top income group ahead of their counterparts in the lower quartiles. 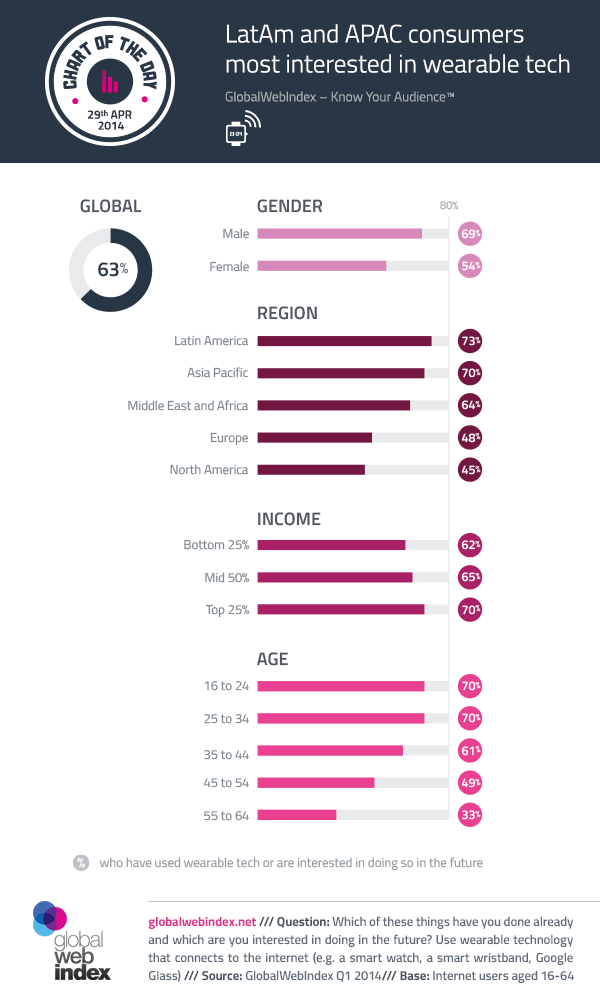