LinkedIn’s audience shows the reason behind Facebook At Work

With Facebook hoping to expand into the world of business social media with Facebook At Work, our final post this week looks at the dominant network in this field – LinkedIn.

As outlined in our GWI Social Report, LinkedIn’s active user figure has increased by 50% in the last 6 months. Currently, 30% of online 16-64s have an account on the platform, with 1 in 8 saying they have actively used it within the last month.

Unlike many other medium-sized social networks such as Pinterest or Instagram, LinkedIn’s demographic does not show a skew towards younger users. In fact, 1 in 10 online 45-64s are active on LinkedIn – making it the second oldest network in terms of its age profile and giving it a user base which is remarkably similar to Facebook’s.

What’s more, a quarter of LinkedIn’s active users are in the top income quartile, while almost half say they tend to buy brands they see advertised. In both cases, this puts LinkedIn ahead of Facebook – giving some indication as to why the social networking giant is after a bigger slice of this premium audience. 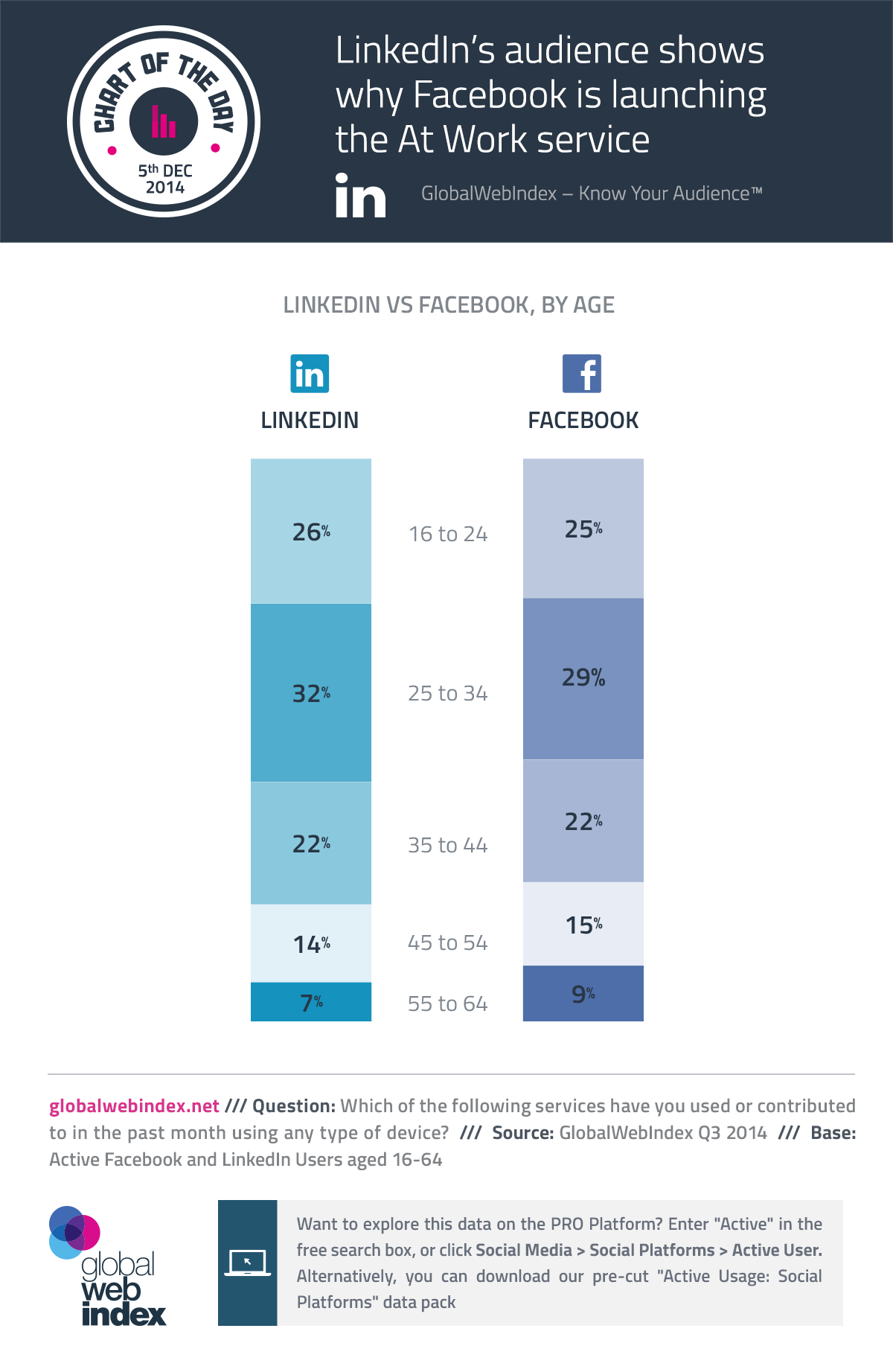