For Tuesday’s chart, we continue our look at mobile ad-blocking by focusing on this audience’s demographics.

As you might expect, it’s younger consumers who are at the forefront of the trend – with over 40% of mobile users aged 16-34 saying they’ve blocked ads during the last month. Figures then fall with each successive age group, reaching (a still not insignificant) 20% among 55-64s.

By gender, men and have a small lead over women. That’s in line with male internet users being the most likely to deploy ad-blockers on their PCs or laptops.

As with yesterday’s chart, arguably the most striking aspect of this data is the huge potential for ad-blocking to continue growing. Across every single age and gender break, it’s at least 70% who say they’re either blocking ads already or are interested in doing so in the future. Among 55-64s, for example, just 20% might be blocking ads currently but a further 51% express interest in doing it. That means mobile ad-blocking has to be considered a truly cross-demographic behavior. 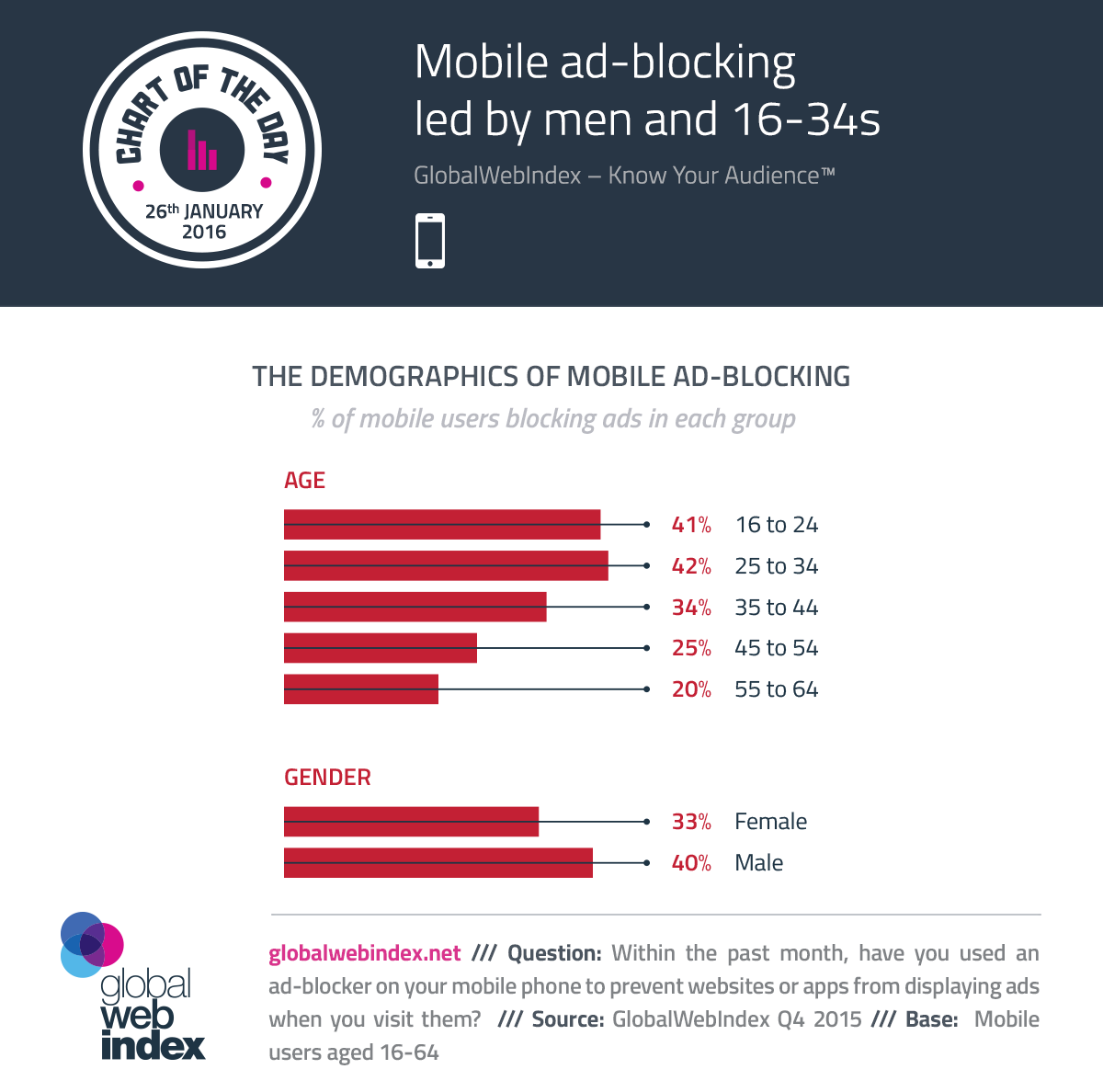