The Importance of Mobile Commerce for Affluent Consumers

Capping off our series of insights on Affluent Consumers, today we delve into this audience’s online purchasing habits – in particular, the role of mobiles.

More Affluent Consumers have purchased something on their mobiles (59%) than their computer (56%) in the last month. There are regional differences though: m-commerce has made the most headway in APAC, whereas those in Europe remain wedded to their computers. That said, no device is used in insolation in any region, highlighting the importance of a multi-device marketing strategy.

Affluent Consumers tend to be tech enthusiasts; they like to own the latest models of smartphone and almost two-thirds say that having the latest tech products is important to them. This is also borne out in their commerce activities: there’s a decent share who are able and willing to use their phones to pay for items. As many as 4 in 10 have done so in the last month. Tech-savvy Affluent Consumers in APAC stand out for this (a renowned mobile payments hub), though even in Europe and North America, the figure is as high as 3 in 10. 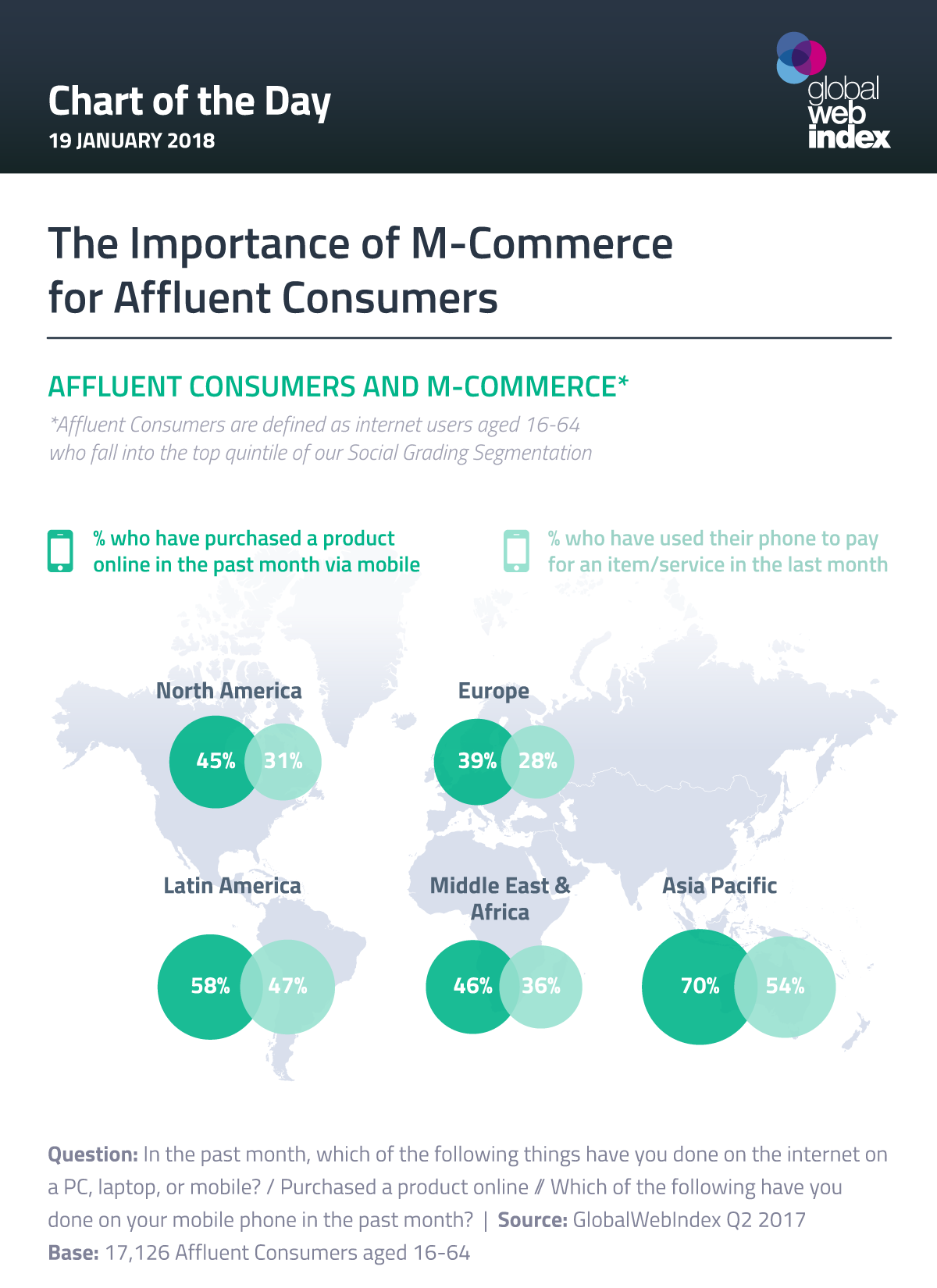