Today we preview data from our new Device Preferences Report by looking at how device importance attitudes change around the world.

While global internet users are now as likely to have a smartphone as a PC/laptop, our data shows that there are clear geographic divisions between those who say mobiles are most important to them and those who value laptops.

For example, it’s around 1 in 2 Thai online adults who consider themselves as mobile-first, compared to less than a fifth who say laptops are most important. This trend is seen in many other fast-growth markets too, with places like Malaysia, UAE and, perhaps most importantly, China all following suit. For the young and digitally engaged internet populations in these markets, the smartphone is king.

At the other end of the spectrum, many mature markets retain a close connection to laptops – with half or more of internet users in Poland, Belgium and the UK classifying themselves as laptop-first. 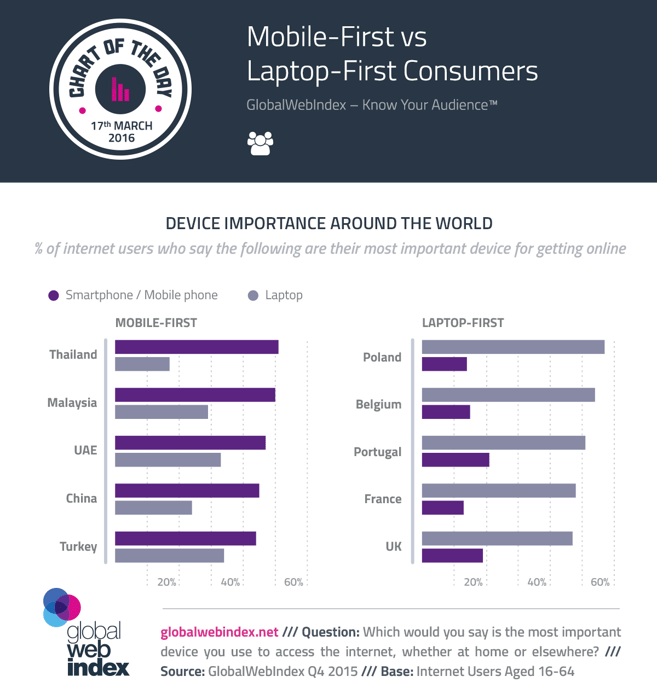