We all know that the global internet population grows in size by the day. No less significant, though, is the widening range of devices that people are using to get online.

Certainly, some constants do remain: PCs and laptops are still the dominant access points, for example. But other devices – and mobiles most especially – are rising quickly in importance. As we see in the chart below, taken from our brand new GWI Device report, just under two thirds of global internet users were connecting via smartphones in Q4 2013 (up from 55% at the end of the 2011).

Even more explosive is the rise of tablet internet usage – which jumped from 12% to 29% over the same period. Of course, it’s rising from a smaller base, which makes it easier for it to record strong increases; but it’s an impressive rate of growth nonetheless.

With smart TVs and e-Readers also posting increases – and with significant levels of interest in new products such as Google Glass, which we investigated yesterday – it’s clear that the diversification of internet access channels shows no sign of abating. 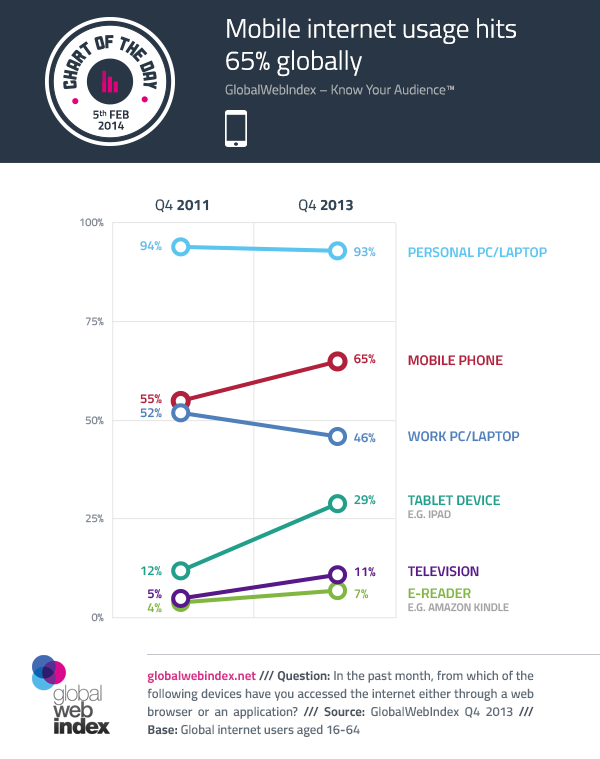