For the final chart in our series on multi-networking, we look at this trend among an increasingly important online audience: mobile-only internet users.

The multi-networking trend has reached a plateau worldwide, partly due to the growth of the mobile-only audience. On average, Mobile-Only Users hold 5.7 social media accounts, compared to a significantly higher 7.8 among the multi-device online population.

This demonstrates how social habits differ for a Mobile-Only user, with a more select spread of services prioritized for functionality and preservation of all-important data allowances. Facebook and WhatsApp have been particularly important here, partly due to Facebook’s long-standing data initiatives targeted at mobile-only markets, like Facebook Zero and Free Basics.

Mobile-only internet access is most prevalent in MEA, where 1 in 4 internet users own either a smartphone or feature phone but no other devices – a figure far higher than any other region. And for Africa in particular, it’s likely that the region’s expanding internet population will continue to have a reduced social media portfolio. 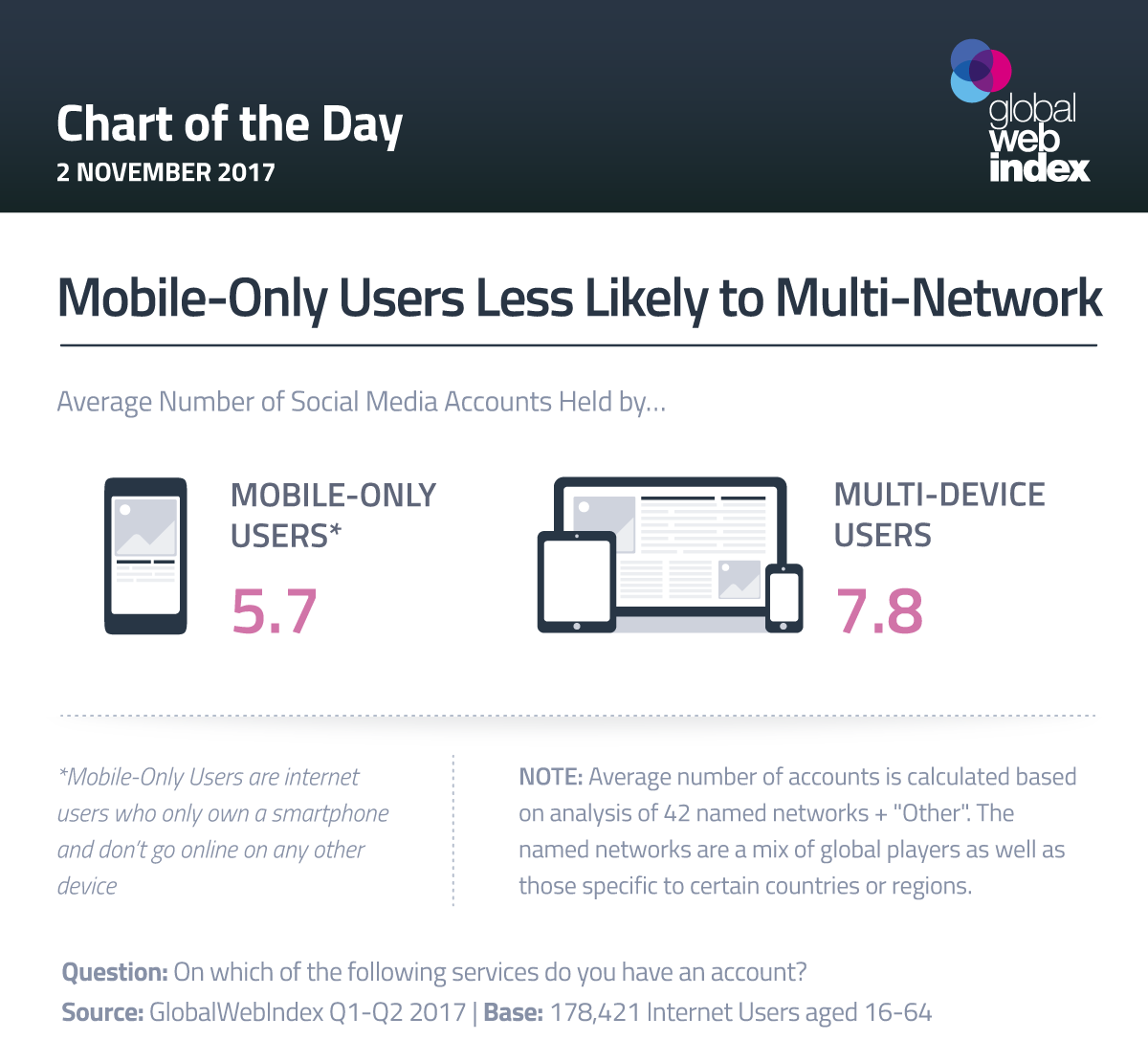 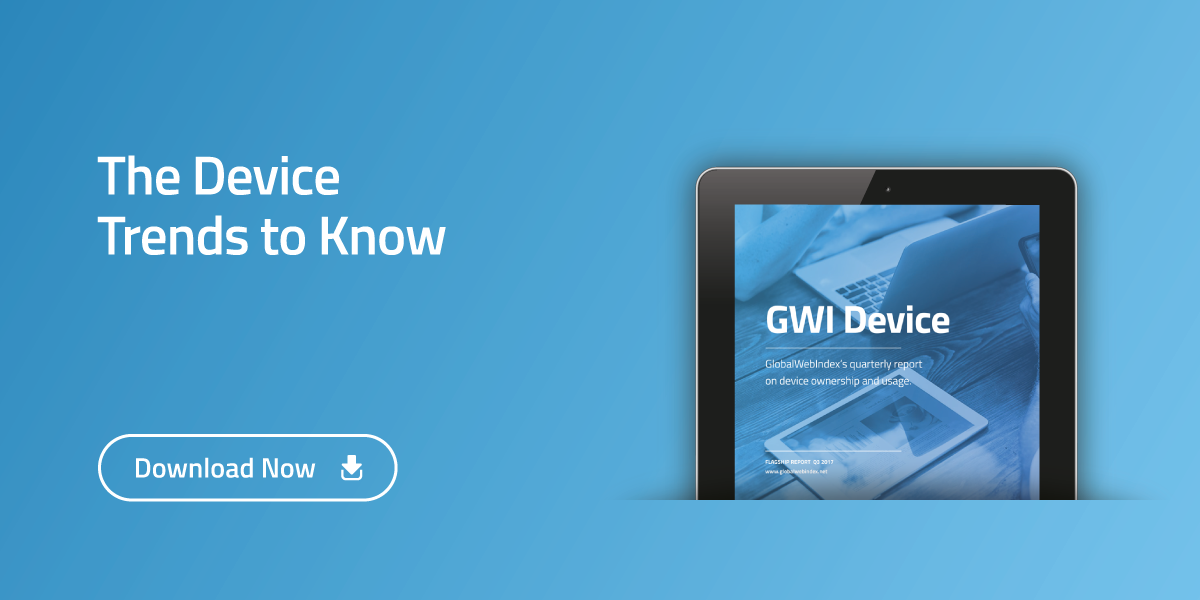