With YouTube recently announcing that 50% of its traffic is now coming from mobile devices, our first post this week takes a look at the numbers who say they’re regularly visiting via a smartphone.

At a global level, we’ve seen further growth here throughout 2014, with close to two fifths of internet users connecting to the video-sharing giant via a mobile each month.

The majority of these mobile YouTubers are young. 45% of 25-34s are monthly visitors, with the coveted 16-24 demographic only just behind. In terms of regions, figures for APAC are skewed by China’s official ban on YouTube, but it’s notable that 6 in 10 internet users from Latin America and the Middle East/Africa are now monthly visitors.

With the site reported to be considering an ad-free subscription model as an alternative option for ad-fatigued users, it’s thus clear that its potential global audience for this would be vast. 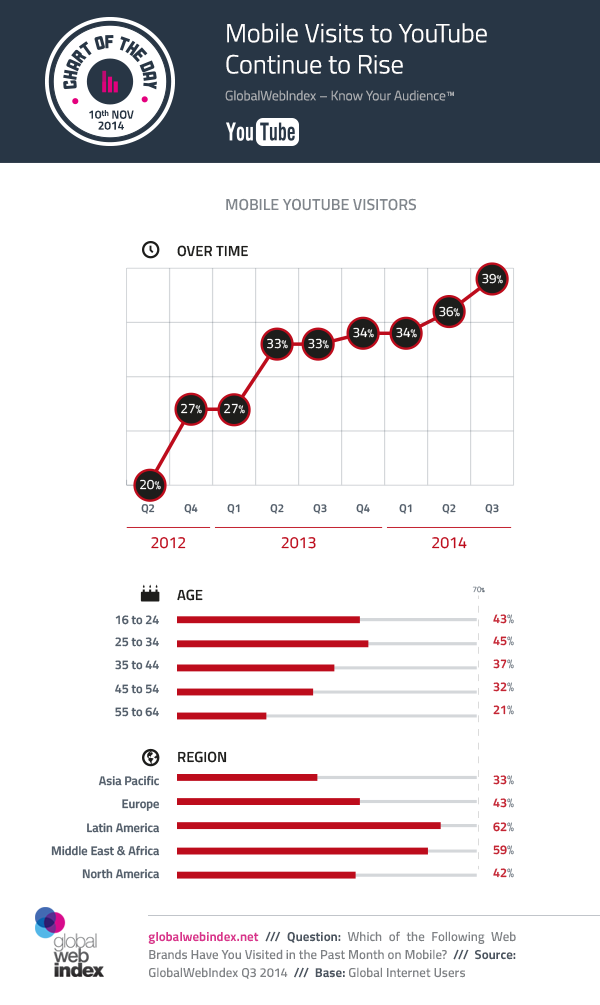