Today sees the launch of our Gen X and Baby Boomers audience reports, complementing those on Teens and Millennials released in recent weeks.

Comparing internet usage trends across these four generations shows just how much ground the mobile web still has to cover among the older age groups. Currently, Teens (3.08 hours) typically spend twice as long per day using the mobile internet as Gen X (1.54 hours) and five times as long as Baby Boomers (0.61 hours).

This has a clear impact on the proportion of internet time devoted to mobiles. Among teens, mobiles now account for over 40% of online time – with the figure likely to approach the 50% mark by the end of the year. For Boomers, however, mobiles grab just 14% of internet time. 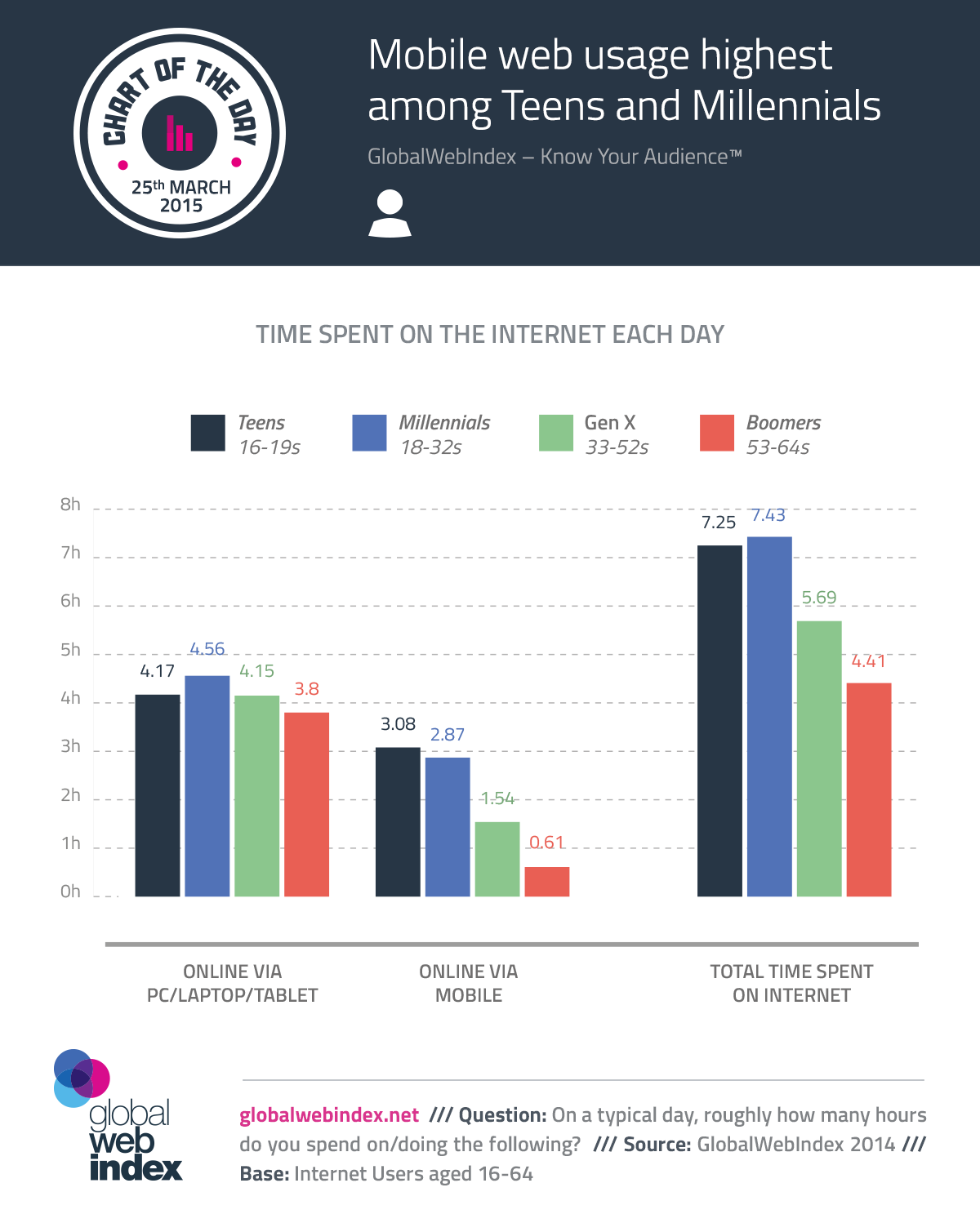