Second-screening has long been a mainstream activity – with just 1 in 5 internet users saying they haven’t recently used an additional device while watching TV. But as this week’s first Chart of the Day illustrates, the devices that people use to second-screen continue to shift.

It’s mobiles which are the clear favorite here, having overtaken once-dominant laptops back in 2013. Some 57% of online adults are now using them, a figure that has jumped 10 percentage-points in recent years and which reflects the increasingly crucial role these devices have to play in daily online behaviors.

The continual migration of networking and online activities to mobile has had an adverse effect on the other devices tracked in the chart. Laptops and desktops have seen the biggest declines, with the number turning to these as they watch TV dropping by around 15 percentage-points. Tablets have also lost out recently; despite seeing some impressive growth between 2012 and 2014, this device is now trending downwards. Evidently, these devices have not been able to challenge mobiles in the way that many predicted. 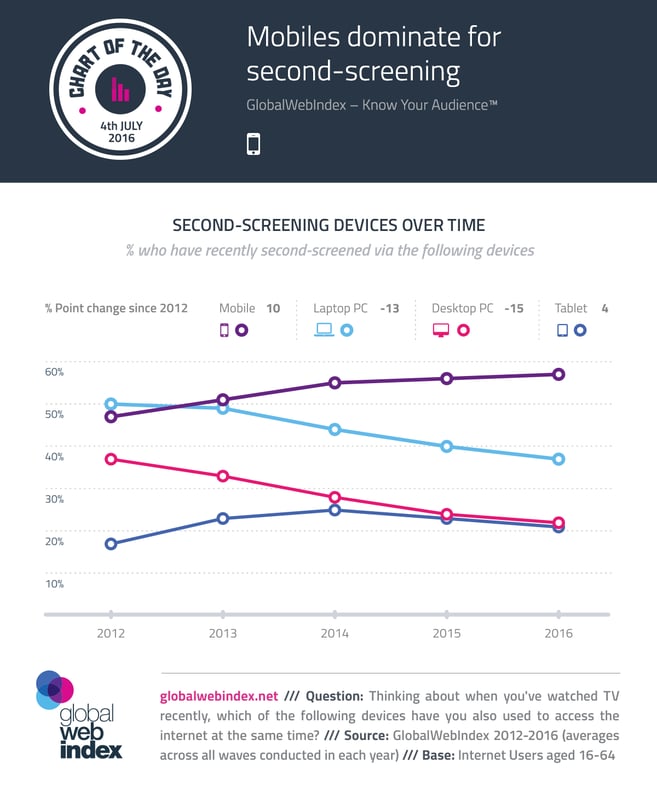