Continuing our series of charts on our brand new Market Reports, today we focus in on the UK, taking a look at the increasingly important role mobiles have to play in online behaviors.

In the UK, smartphone ownership is virtually universal, with 90% of internet users now owning one. And these devices continue to grab an increasing share of daily time spent online; internet users are spending an average of 1 hour and 42 minutes daily on their mobiles – an hour more than back in 2012.

Age makes a real impact here. Despite PC/laptops still capturing the largest share of online time for all age groups, if we focus on 16-24s, then they are devoting over 3 hours daily to their mobiles (more than 12x longer than 55-64s). So it might not be too long before the mobile tipping point becomes a reality in this mature market. 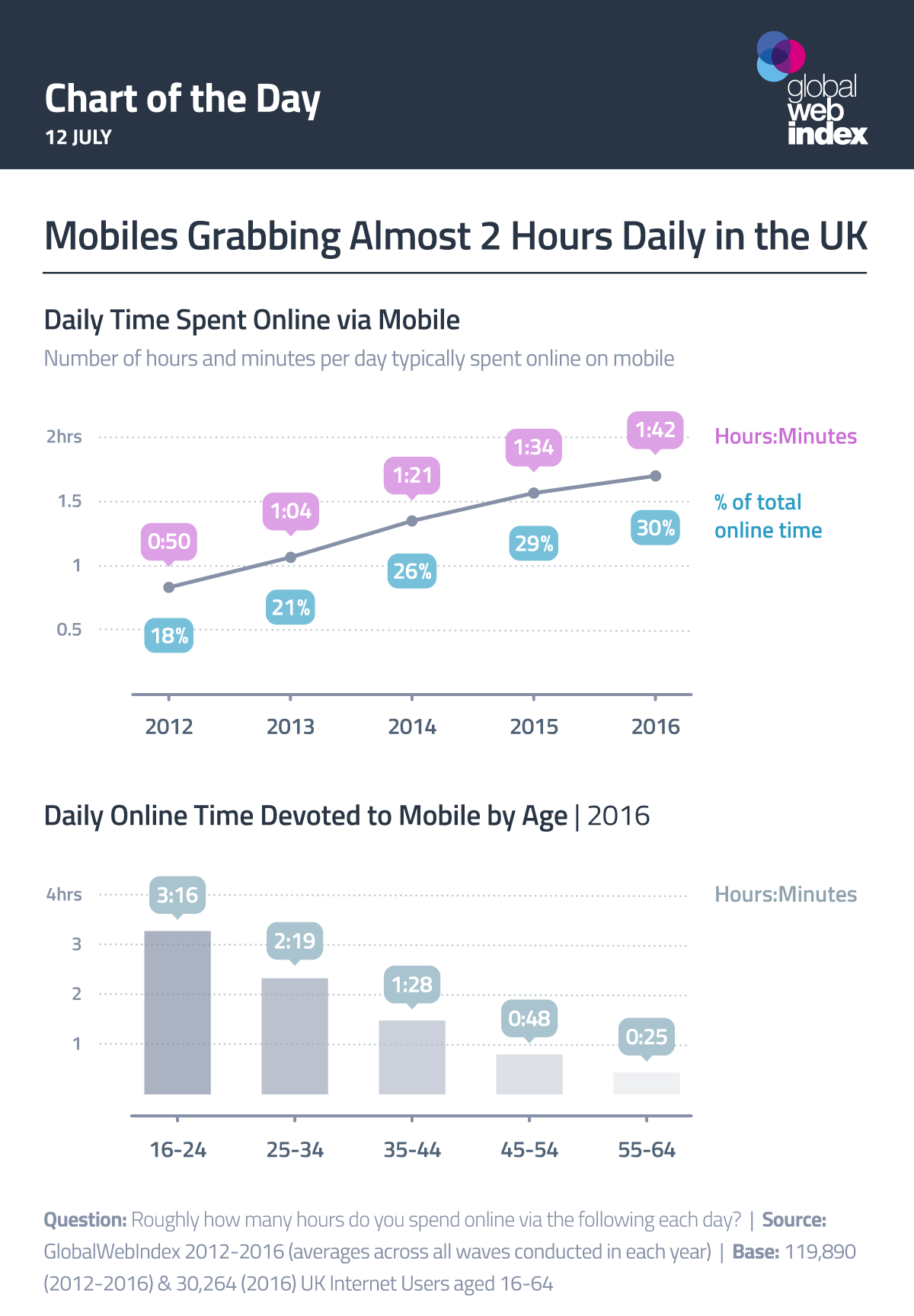