Mobiles seen as Most Important Device

To celebrate the release of our new GWI Device Flagship Report (get a free summary version here), today we look at which devices are seen as the most important when it comes to getting online.

Globally, it’s now mobiles which top the table for this metric, with their lead over second-placed laptops having increased notably since the beginning of 2016. Particularly telling is that 16-24s are over 2x as likely to cite smartphones as their most important internet access device rather than laptops.

It’s a similar story in APAC and the Middle East & North Africa, where mobiles have arguably been most fundamental to the development of the internet landscape. In contrast, consumers in North America and Europe still see laptops as their most important devices.

The status of tablets as non-essential devices is confirmed here – only 2% of online adults view tablets as their most important device. 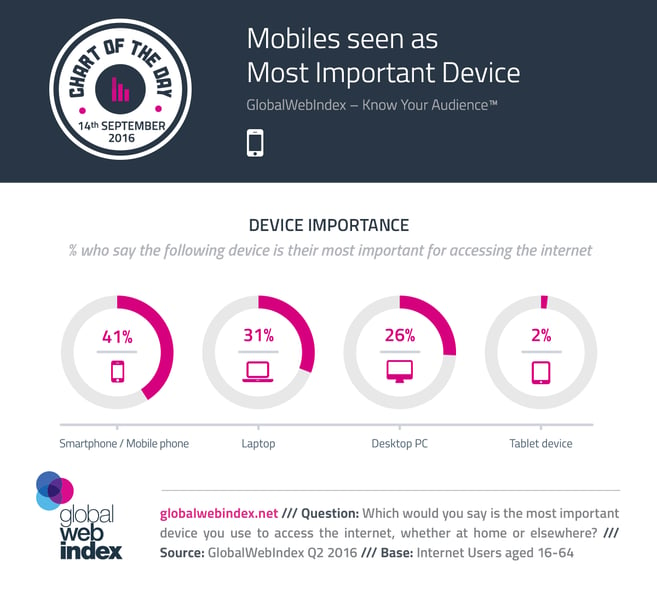