In recent years, the TV broadcast landscape has changed considerably due to the emergence of new devices like streaming sticks, the evolution of games consoles into media hubs, and the increasing power of smartphones. In today’s chart, we therefore look at how many devices are being used on average to watch TV.

It would be easy to assume that 16-24s would be the most likely to watch across multiple screens. In fact, both 25-34s (2.20) and 35-44s (2.09) are using more TV devices on average. Not only are younger internet users less likely to watch on traditional TV sets, they fail to pull ahead of those older age groups for watching on mobile and computers. Tablets also play a role in driving up the average for 25-34s and 35-44s.

Yet while younger consumers are less likely to be watching via TV sets, they are not abandoning them; 64% of 16-24s watch TV on a traditional set, meaning this device is still the most popular choice for TV viewing among this group. Meanwhile, older consumers decidedly prefer TV sets for viewing TV content.

With internet users across all generations watching TV on different screens, particularly portable devices, flexible and device-agnostic media strategies are more important than ever. 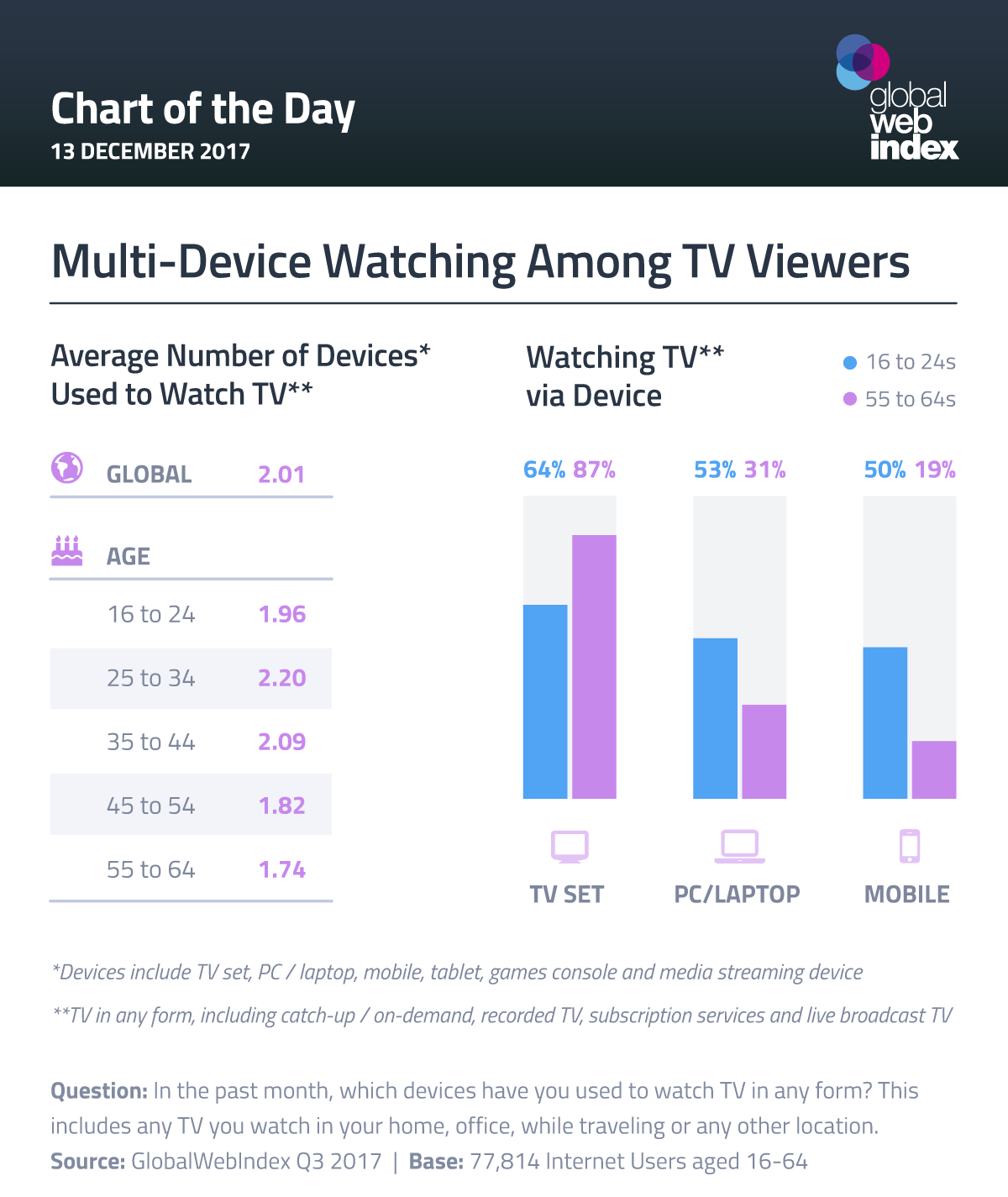 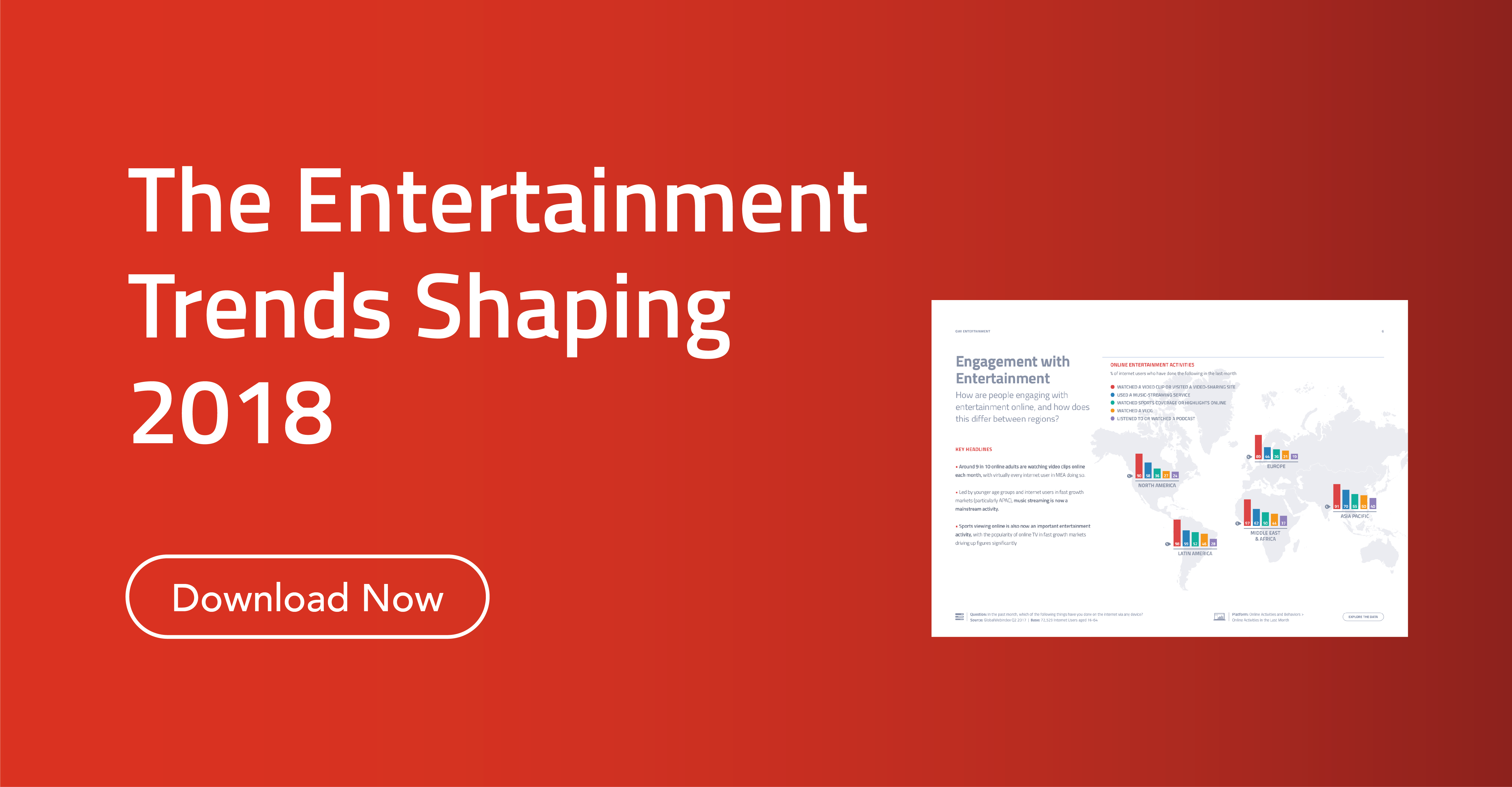