Today’s Chart begins a brief series on the trend of multi-networking.

Social media users are comfortable in maintaining a presence across more than one platform; while digital consumers had an average of around 4 social accounts back in 2013, this figure has now doubled to around 8.

This growth is not only a result of the widening choice of available networks, but can also be attributed to a degree of specialization – with users choosing particular platforms for various behaviors (e.g. swapping services for messaging, sending photos or watching video content).

That acknowledged, 2017 marks the first year that GlobalWebIndex has observed no visible growth in the average number of social media accounts per digital consumer. The rise of the mobile-only internet user is likely to be having a major influence here – a topic we will cover later in this series. 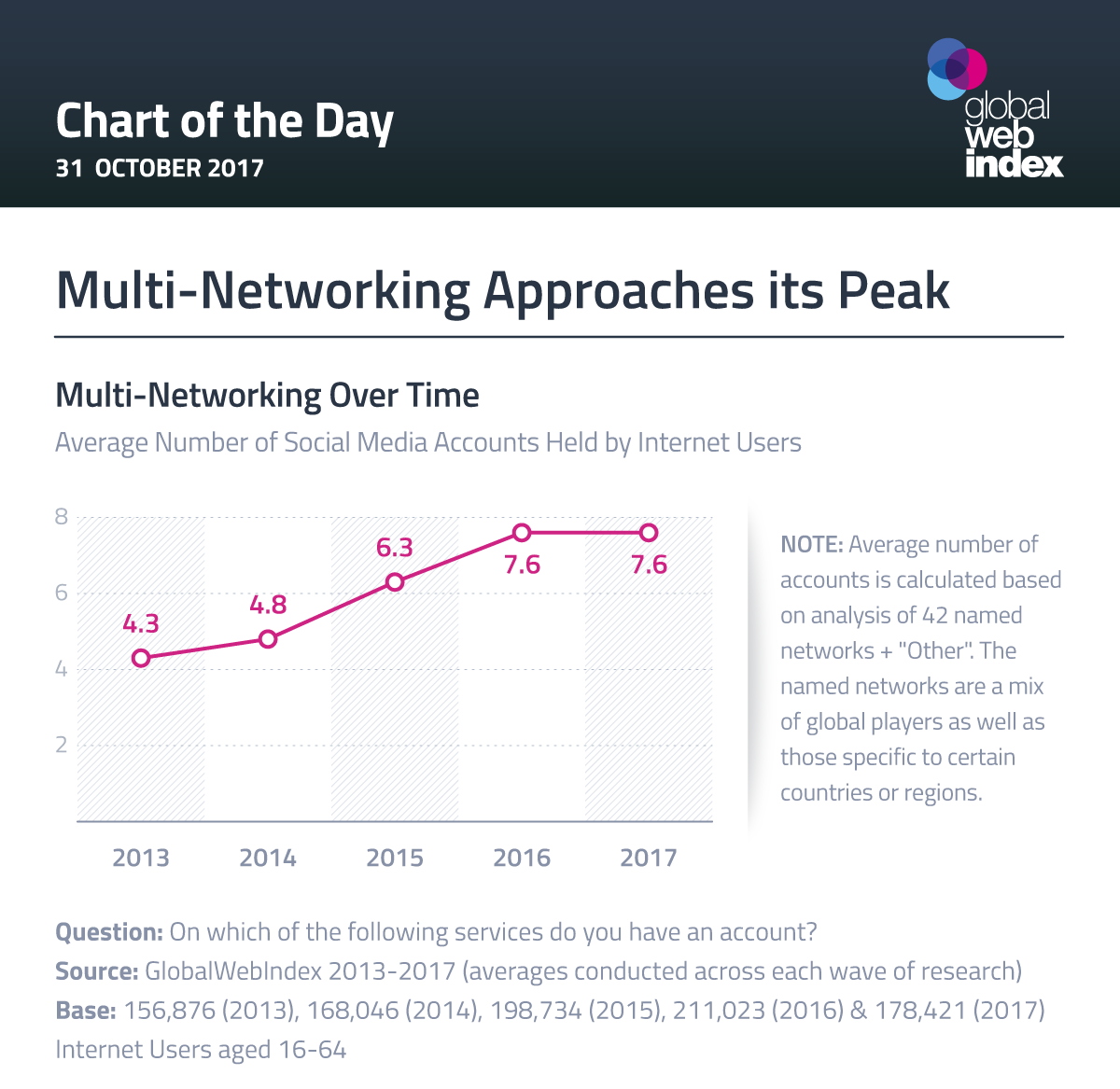 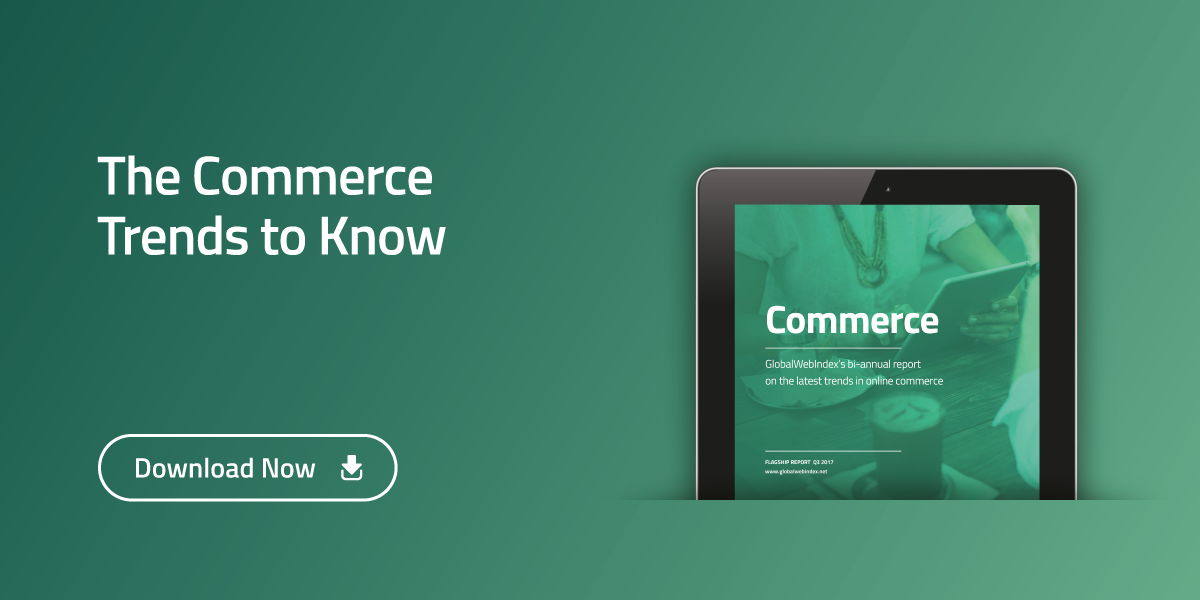