Multi-networking: internet users have an average of 5 social media accounts each

With our new Multi-Networking trend out this week, today’s post looks at how many social networks the typical person is using.

Globally, social networking has become near universal: 91% of internet users aged 16-64 have at least one social media account. But rather than limiting themselves to just one platform – or leaving one in favor of another – most internet users have a presence across a range of different networks.

Men (5.2 accounts) are a little ahead of women (4.6), while younger internet users have a predictable lead their older counterparts (on average, 16-24s are members of 5.8 services, while 55-64s have signed up to just 2.6). There’s also a notable peak in APAC, led by China in particular (where people typically have a membership on 6.7 networks).

But this trend comes to life most vividly when we look at particular social networks. So, 83% of Twitter’s active users are also contributing to Facebook, too. Similarly, 8 in 10 Qzone users are active on Sina Weibo, while 7 in 10 are using Tencent Weibo.

Clearly, then, internet users are happy to use a combination of different social networks in tandem with one another. Multi-networking has become the norm. 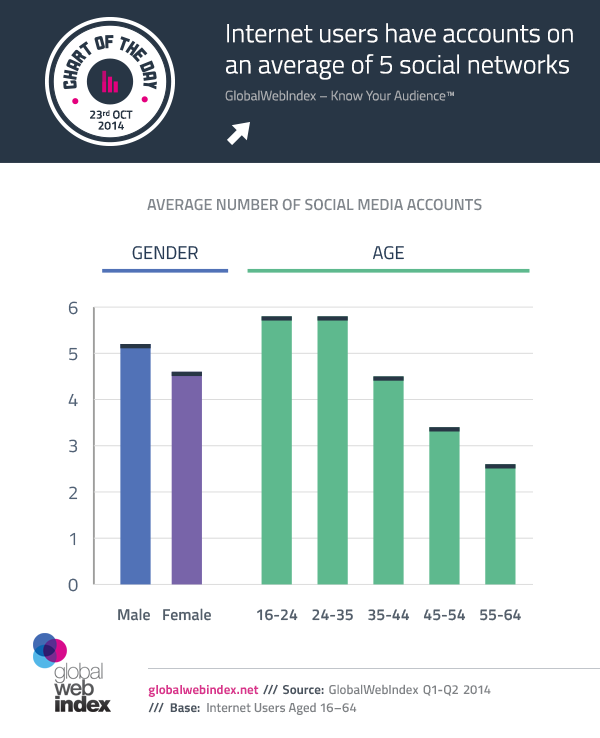