Netflix’s recent announcement that it will expand into almost every country around the globe will help the service to solve its long-running problem with VPN users (individuals outside of its official markets who are gaining access by disguising their location).

In the past, Netflix has been forced by rights-holders to crack down on this behavior. Even so, our research shows that it still has a large user base outside of its official territories. In fact, it’s about 25% of online adults globally who say they’ve used a VPN, with 1 in 10 internet users having done this in order to access better entertainment content not available in their own market. We tend to see the highest figures for this in many of the countries that Netflix is only now about to enter.

So, global expansion allows Netflix to rid itself of a significant legal headache. It also gives the service a chance to better understand the composition of its user-base and to develop content accordingly. And with these VPN users actually being more likely than average to pay for digital content, the opportunity to boost revenues is clear. 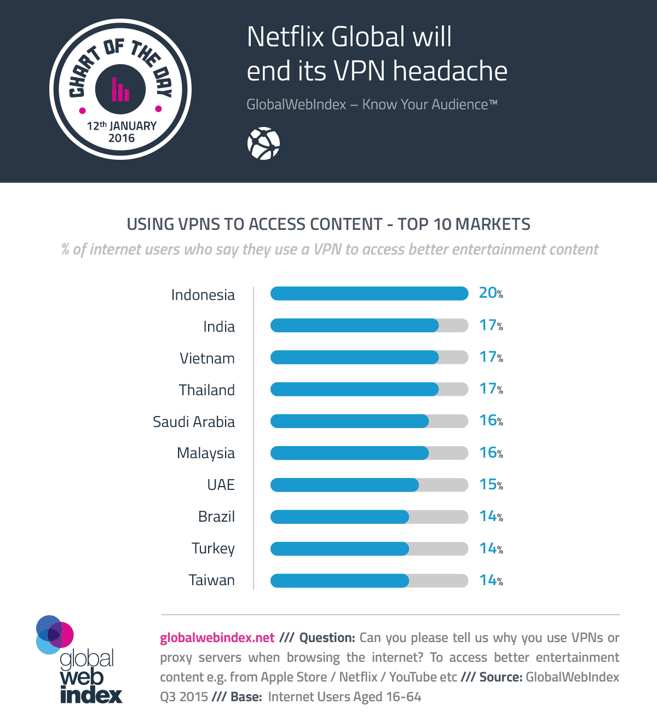