Netflix has twice as many American users as subscribers

Netflix made the headlines last week when it announced its fastest quarter of growth yet – with its number of paid-for subscribers globally hitting 62 million (over 40 million of whom are in the US).

But as this week’s first blog shows, the total size of its audience is much bigger than this – in the US alone, some 45% are now using Netflix on a monthly basis (a figure which translates to 80 million people and which means there are twice as many American users as there are paying members). That’s a result of fairly widespread account sharing, as well as many people trying Netflix through free trials.

In terms of demographics, the strongest variation is seen by age. Netflix is most popular among the 16-24 demographic in the US, where an impressive 65% are now using it. Perhaps unsurprisingly, usage also rises in line with income.

What’s also pretty telling is that –among VPN users – those based in Canada and Mexico are the most likely to be using Netflix. Clearly, then, many users in neighboring countries are raiding the US version of the store for content not available in their own market. 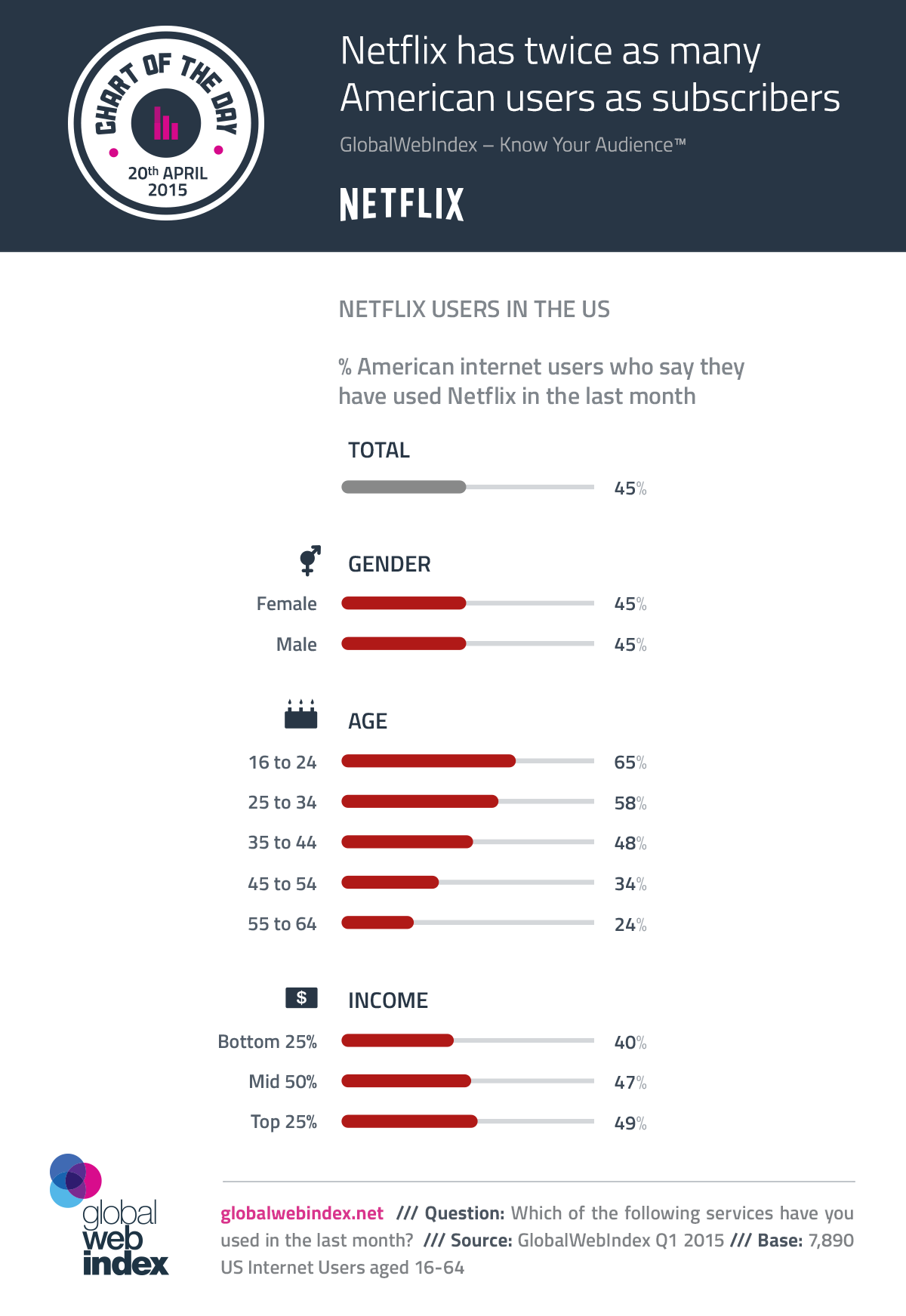