The takeover of Nokia’s mobile business by Microsoft reflects the decline in recommendation and desirability of its handsets.
Consumer perceptions on Nokia as a brand have become less positive and one of the big challenges for the new mobile combine will be to integrate their strengths and reposition the new company.

We’ve been asking consumers about the leading handset brands ever since we began our research in 2009. This allows us to look at the trend data, back from the time when Nokia was the dominant mobile brand until today.
Our survey data shows Nokia handset ownership has been constantly decreasing since September 2010 when it was at its peak. Our latest wave of research, Q2 2013 shows total Nokia handset (smartphone and feature phone) ownership is now at 22% of all internet users, nearly a half of what it was in 2010. 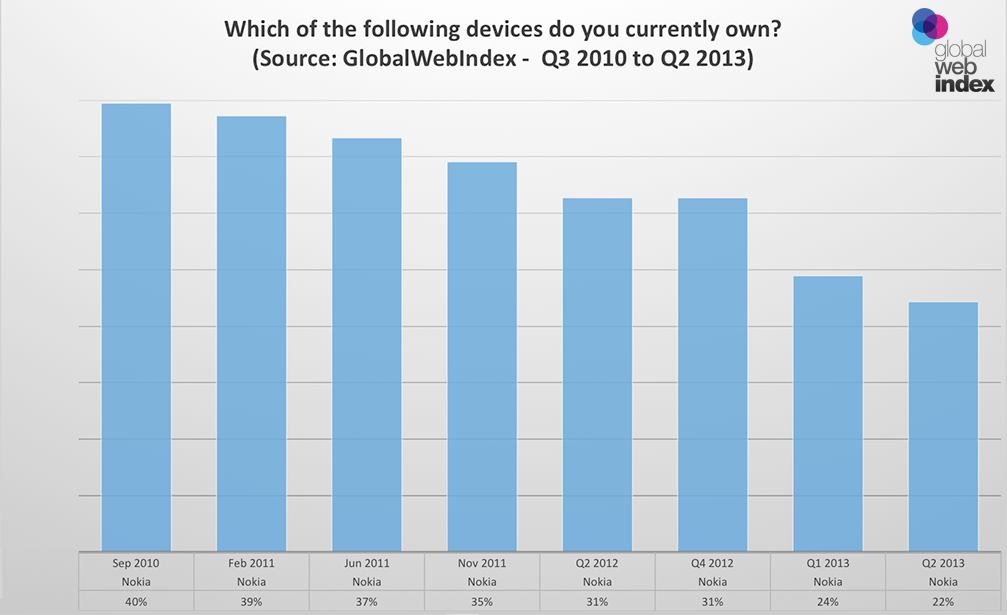 This massive shift towards other brands is backed up by responses to a further question: what handset did you own before your current model. As we expected, 46% answered Nokia followed by 27% who owned a Motorola.

One of the most interesting point emerge when we ask what handset brand our respondents would recommend to friends and family. In November 2011, 40% said that they were most likely to recommend Nokia. This compares to 36% for iPhone and 27% for Samsung.

Our latest survey data shows that Nokia recommendations have dropped dramatically to 26% showing that the brand has a strong image problem. 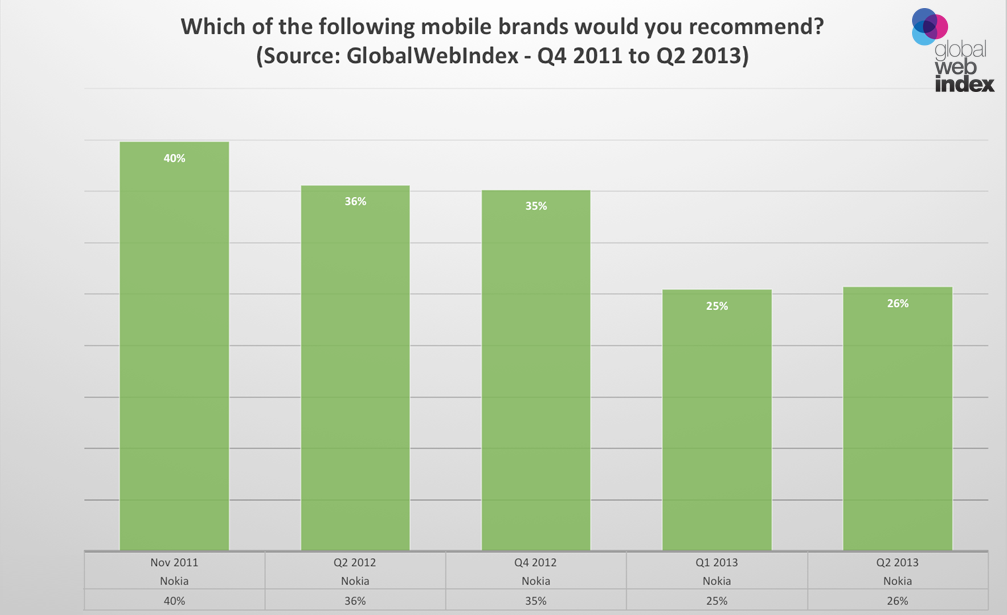 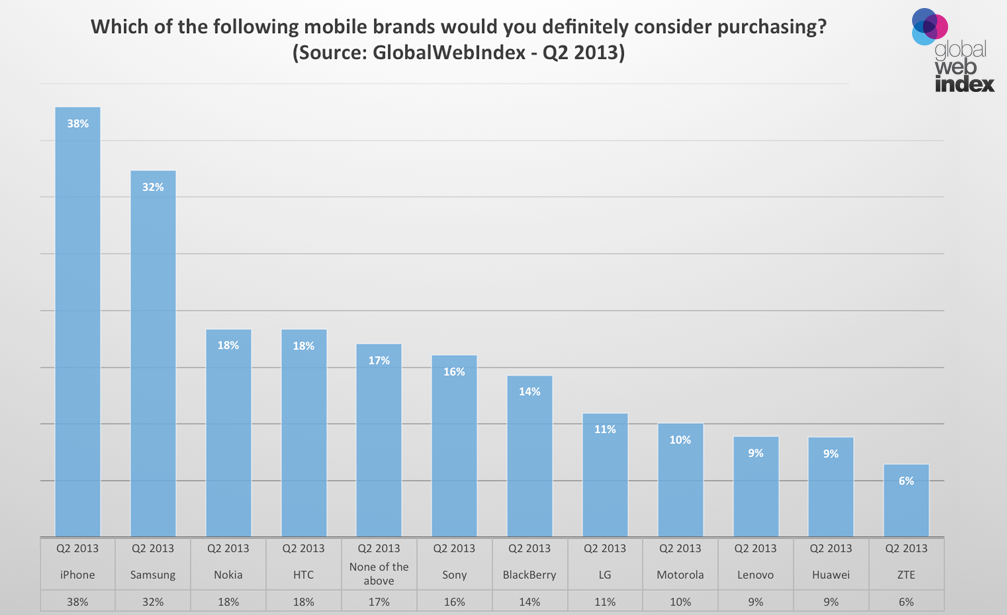 Essentially, Nokia’s brand image has been free falling since 2010.

Getting Nokia back to the top of consumers’ mind will be the main challenge for Microsoft’s marketing team, if they want to get back in the race.
Our data show that Nokia still has the highest brand awareness in the market and still has a strong reputation for solid manufacturing – Microsoft’s key challenge will be to make it fashionable again.