Next week, our new GWI Social report is released. One of the behaviors it tracks is the frequency with which people are visiting social platforms – a good indicator of how engaged audiences are across various networks.

If we look at the five sites which top the list, it’s clear that the major players are the ones which command the most frequent visits. Facebook leads, with 56% of active users saying that they log on more than once a day and an impressive 95% making a visit at least once a week.

There’s also a clear age effect at work here: 16-24s are the most likely to be visiting more than once a day. It’s in this group, then, that the culture of constant networking has established itself the most firmly, something which is undoubtedly being driven by the rise of mobile networking and the type of anywhere, anytime access that this provides to social networks. And with smartphone ownership levels continuing to rise, it’s a trend which will only get stronger. 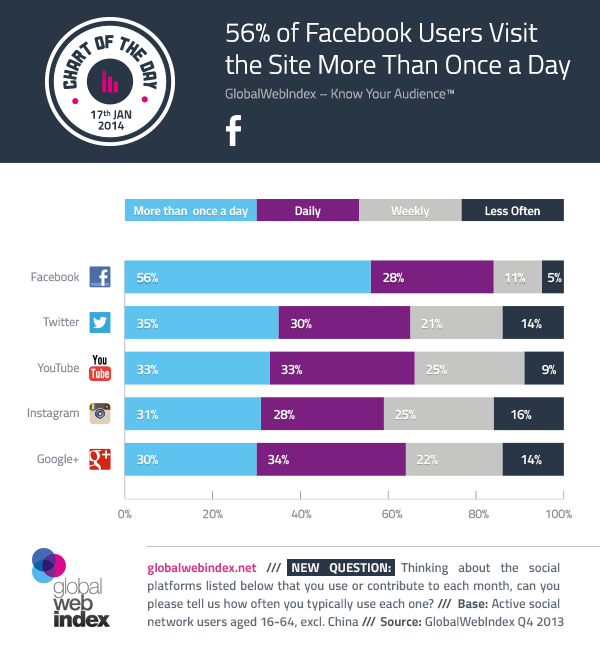