North Americans most likely to own streaming devices

Last week, Apple announced the release of a new-and-improved Apple TV device – a move which will make the TV streaming stick/device space even more competitive, especially with names like Periscope reported to be building dedicated apps.

As we explore in our GWI Device report (download a free summary here), it’s currently about 15% of internet users who have one of these devices – whether that be an Apple TV box or one of its main challengers (including Google’s Chromecast, the Roku Streaming Player and the Amazon Fire TV Stick).

Predictably, it’s those in the top income quartile who are at the forefront of this trend. And that both 25-34s and 35-44s are more likely to have one than 16-24s is further confirmation that existing price-points have been a barrier for some of the youngest consumers (although that some will be using devices owned by their parents is a factor here too).

By region, it’s North America which leads on 23%. That the US is home to so many of the most prominent OTT services like Netflix is a strong contributor to this, but this trend also indicates why Apple can expect its improved device to resonate particularly well in what is already one of its strongest markets.

To explore these trends in more detail, you can download a free summary of our GWI Device report here. Alternatively, clients can access the full version here. 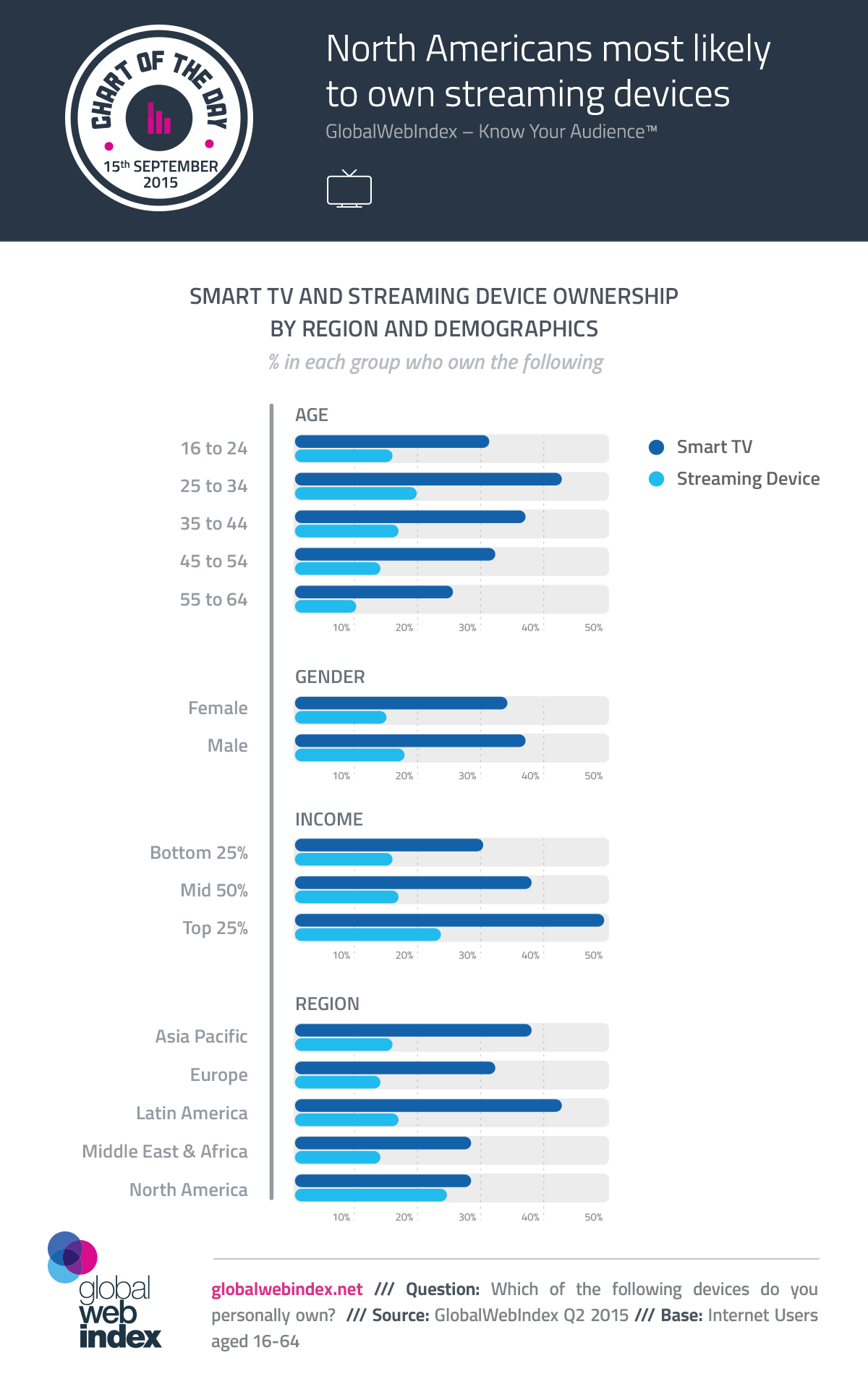