Continuing this week’s series covering sports engagement, today we look into online versus offline sports viewing, and the relationship between the two as sports leagues move aggressively into online distribution channels. 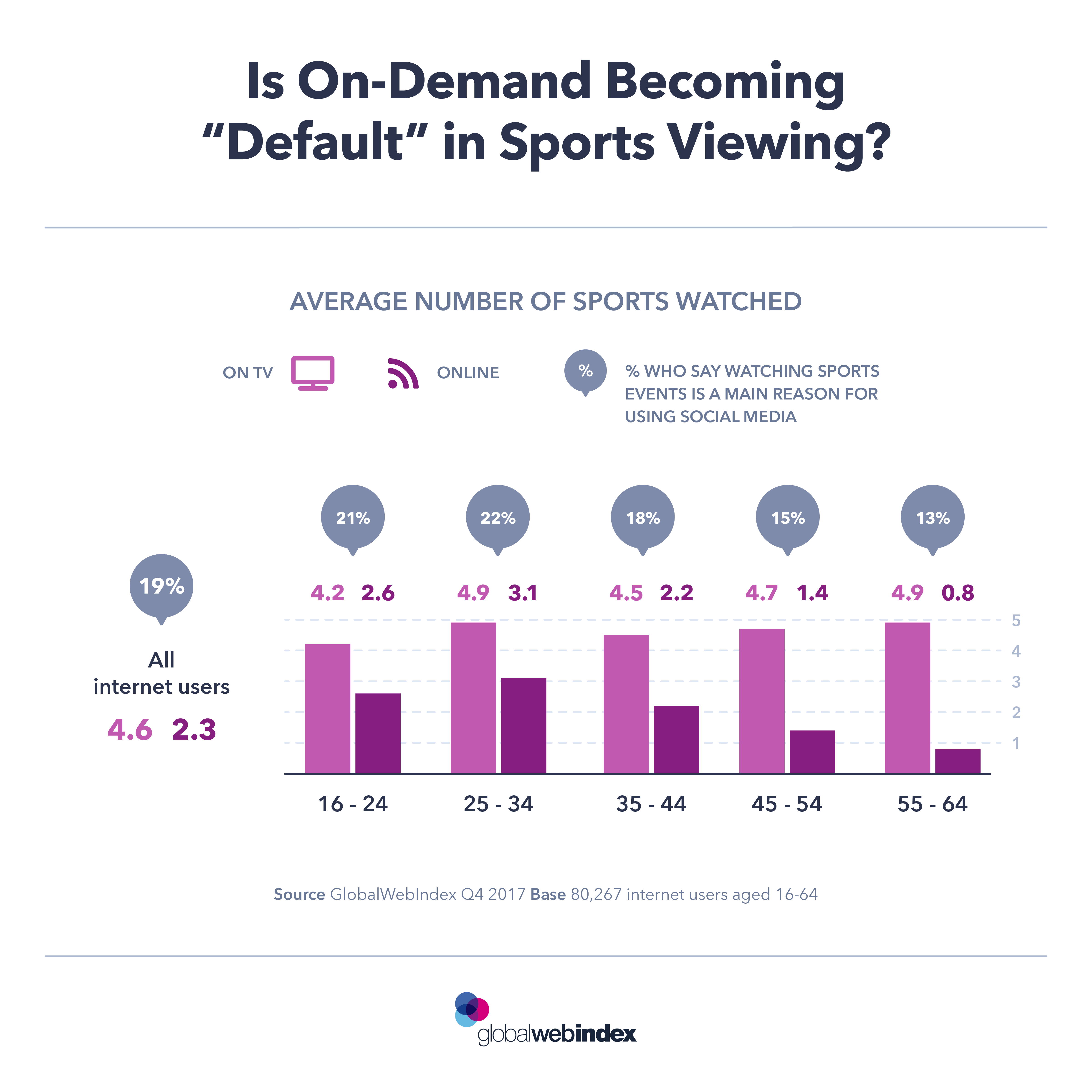 In an evolving media landscape, live sports remain one of the only types of content for which viewers will make an appointment to view, but we are starting to see signs indicating that this is beginning to change.

Among the younger cohorts, online sports engagement takes on a much more important role in their viewing behaviors compared to their older counterparts. For many of the individual sports we track, it’s often the case that TV viewership increases directly in line with age. So, online channels present an important opportunity for sports leagues to reach these younger internet users, especially as they increasingly choose to watch TV content throughout their day, with around half doing so on mobile.

Many sports leagues have turned to social media as a potential future distribution channel as they move online, and it’s not difficult to see why. The significance of video on social media, the rise of live streaming, and the sheer reach of the likes of Facebook, Twitter and Snapchat, positions social alongside traditional broadcasters as distribution agreements come up for renewal.

Social media’s competitive advantage in this space lies in the amount of viewers it could attract for a sports league, but it doesn’t have the direct money making advantage of a traditional pay-to-view broadcaster. Even so, we are seeing broadcasters react to the free-to-view challenge, offering sports highlights and other content for free in an effort to fend off new industry players. From the perspective of leagues, social media can build out more exclusive content surrounding the main sports event, scooping up more potential viewers to watch online or offline, proving that it’s not necessarily a competitive relationship between the two forms of engagement.