To mark the release of our new Digital vs Traditional Media report (download a free summary here), this week’s first Chart of the Day takes a look at online TV consumption by age.

Unsurprisingly, it’s 16-24s who are at the forefront of this trend. Although 25-34s are not far behind, the youngest consumers are the only group currently watching online television for an average of more than an hour per day. They’ve also seen one of the strongest increases for this behavior since 2012, just as their daily time devoted to linear television over the same period has slipped slightly from 2.11 to 2.01 hours. Linear TV certainly isn’t being abandoned, then, but it’s clear that online television has the momentum.

That said, it’s worth recognizing that online TV is struggling to gain traction among older groups. Among 55-64s, there’s been only the slightest of rises since 2012, with the average digital consumer tuning in for just 0.26 hours per day. That means 16-24s are watching more than 4x as much online TV as their counterparts in the oldest group, and underlines where the biggest challenge lies in terms of driving greater engagement with online shows.

For more insights on the battle between online and traditional forms of TV, print and radio, download our free summary report here. Alternatively, clients can access the full version here. 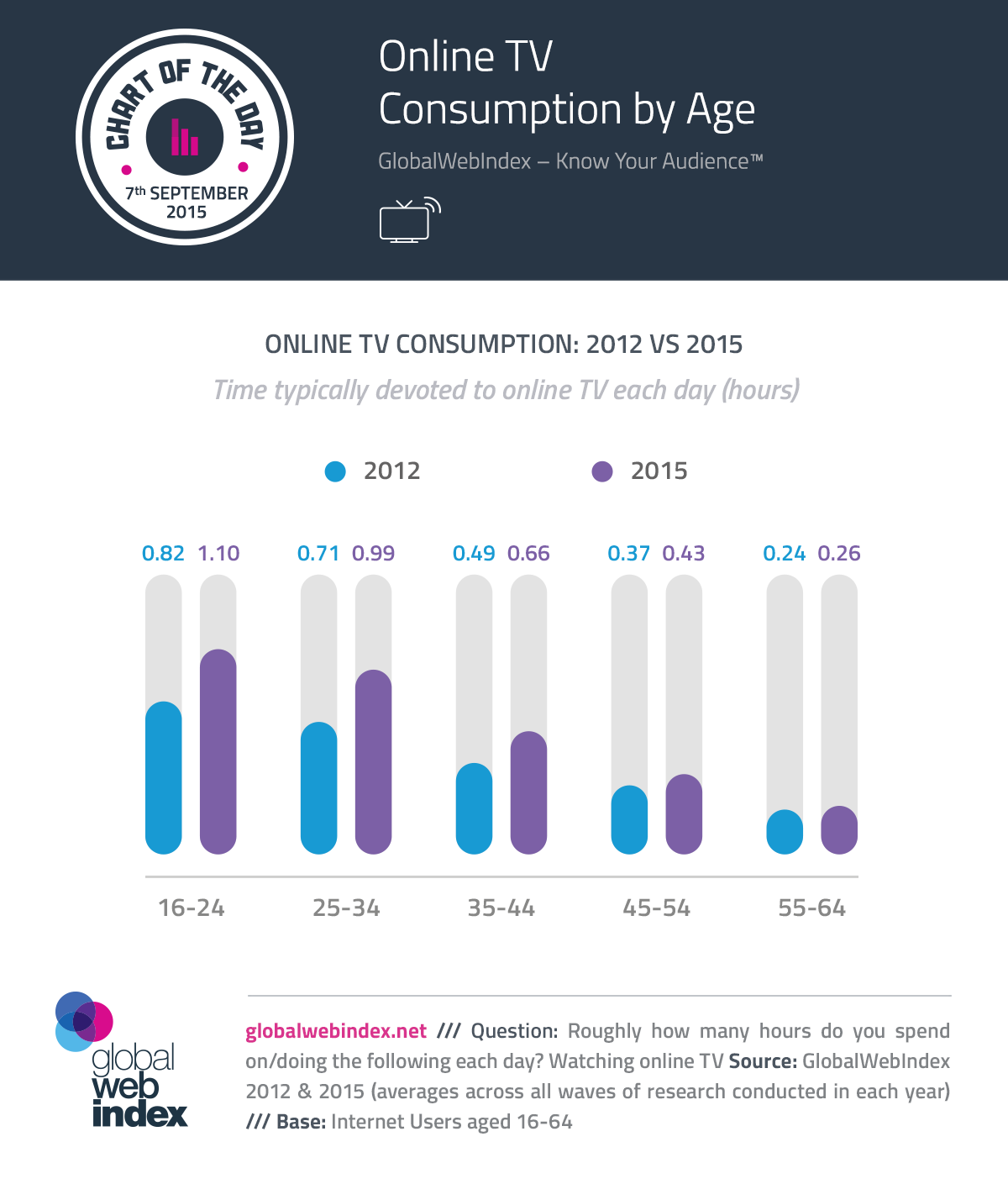